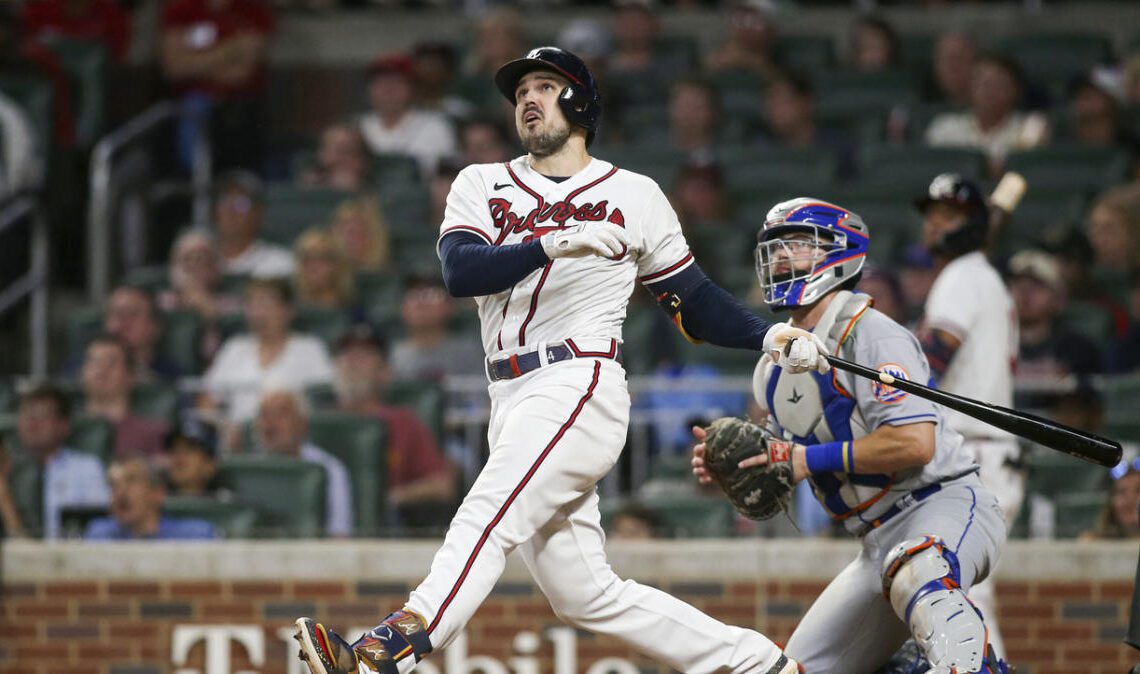 With shortstop Trevor Story set to miss most if not all of the 2023 season, adding a middle infielder and/or an outfielder should be the Boston Red Sox‘ top priority.

The free-agent options have dwindled, but there still are a few players available who can upgrade the Red Sox’ current situation ahead of Opening Day. According to The Boston Globe’s Julian McWilliams, Boston has been linked to arguably the top outfielder left on the market: Adam Duvall.

Duvall, 34, likely would take over as the Red Sox’ everyday center fielder with utility man Kiké Hernandez replacing Story at shortstop. He’s an above-average defender with a Gold Glove award under his belt and is capable of playing all three outfield positions.

The former All-Star also would bring much-needed power to Boston’s lineup. He was limited to 86 games due to injury last season but still belted 12 homers and 16 doubles for the Atlanta Braves. In 2021 with the Braves and Miami Marlins, Duvall clubbed 38 homers while leading the National League with 113 RBI.

As of now, the projected 2023 Red Sox depth chart has Hernandez playing shortstop with Jarren Duran taking his spot in center.