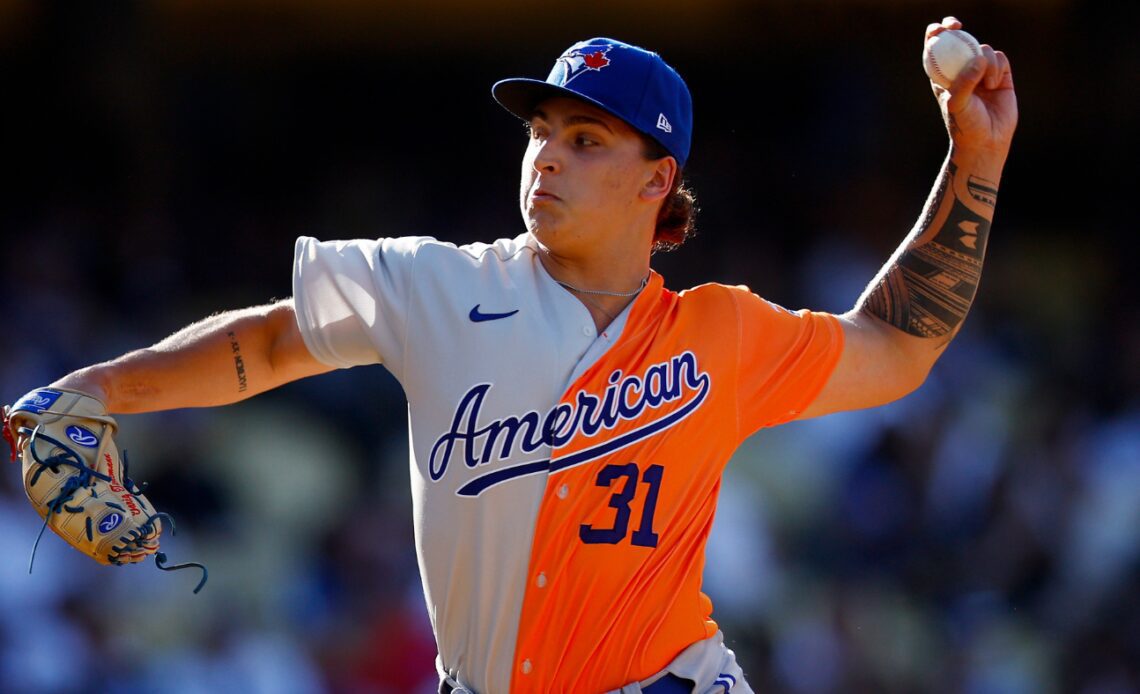 With that in mind, let’s get to it by dissecting the Toronto Blue Jays.

Tiedemann went undrafted out of high school in 2020 and then opted to go the junior college route, making him eligible again in 2021. The Blue Jays popped him in the third round, and he’s since emerged as one of the top left-handed pitching prospects in the sport. Tiedemann has three average or better pitches (fastball, slider, changeup) that he delivers from a flat release point. He’s shown sufficient control, too, issuing a free pass just once every three innings for his pro career. Tiedemann ended last season in Double-A, suggesting he could make his big-league debut this year. The Blue Jays have good reason to be conservative if they so desire: he’s thrown just 78 professional innings and he won’t celebrate his 21st birthday until next August.

The Blue Jays selected Barriera with the 23rd pick in last summer’s draft, but he’s yet to make his professional debut because he cut his senior season short to avoid injury. Fair enough. Barriera’s boosters see a projectable left-hander with the makings of a well-rounded arsenal….