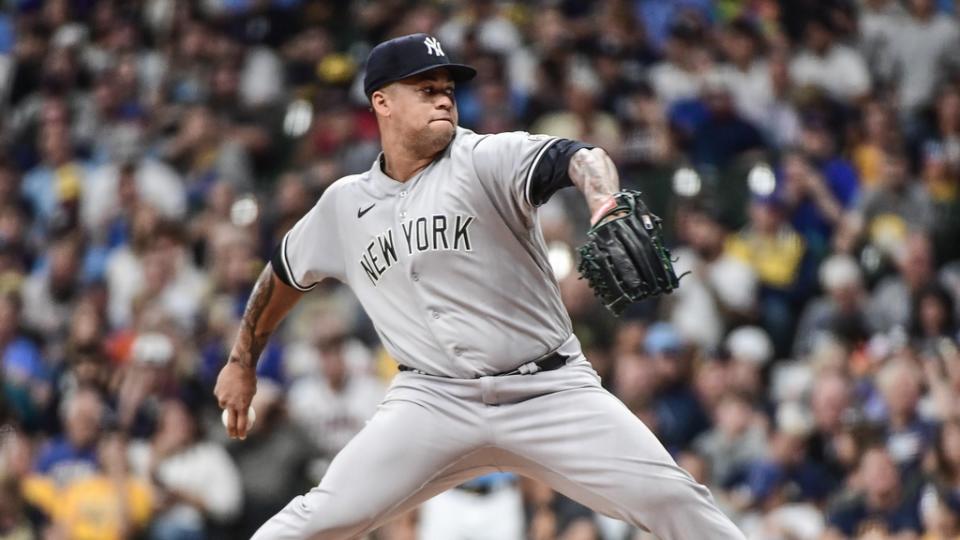 The Yankees and RHP Frankie Montas agreed to a one-year deal for the upcoming 2023 season.

According to The New York Post’s Jon Heyman, Montas and the Yankees agreed to a $7.5 million contract for this season.

Montas was the high-profile trade acquisition at the trade deadline during the 2022 season. In 19 starts with the Oakland Athletics, Montas was 4-9 but a very strong 3.18 ERA and 1.137 WHIP. However, once he was traded to the Bronx his numbers took a hit.

Montas is entering the final season of his current contract.

The Yankees also avoided arbitration with catcher Kyle Higashioka. Heyman also reports that the Bombers and the backstop agreed to a one-year, $1.46 million deal for the 2023 season.

After winning the starting catchers job out of spring training last year, Higashioka would struggle at the plate. Jose Trevino, whom the Yankees acquired from the Texas Rangers in early April, would eventually win the starting job and even get selected to his first All-Star game.