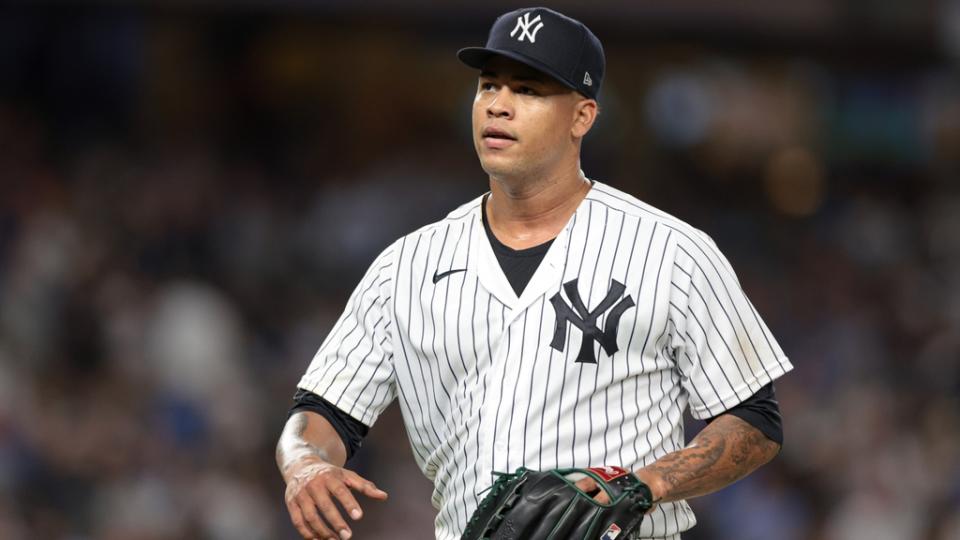 Yankees RHP Frankie Montas is expected to miss the first month of the 2023 season due to shoulder inflammation, according to a report Saturday by the New York Post.

Montas, whose 30th birthday is March 21, spent Sept. 20 (retroactive to Sept. 17) through Oct. 6 on the 15-day IL with right shoulder inflammation.

He is “8-10 weeks behind in his offseason training,” according to the report.

The Yankees acquired Montas and RHP Lou Trivino in an Aug. 1 trade with the Oakland Athletics for LHP Ken Waldichuk, LHP JP Sears, RHP Luis Medina and 2B Cooper Bowman.

In the playoffs, Montas made three relief appearances and allowed seven runs (all earned) on 10 hits (three homers) while striking out six and walking one over 6.2 IP.