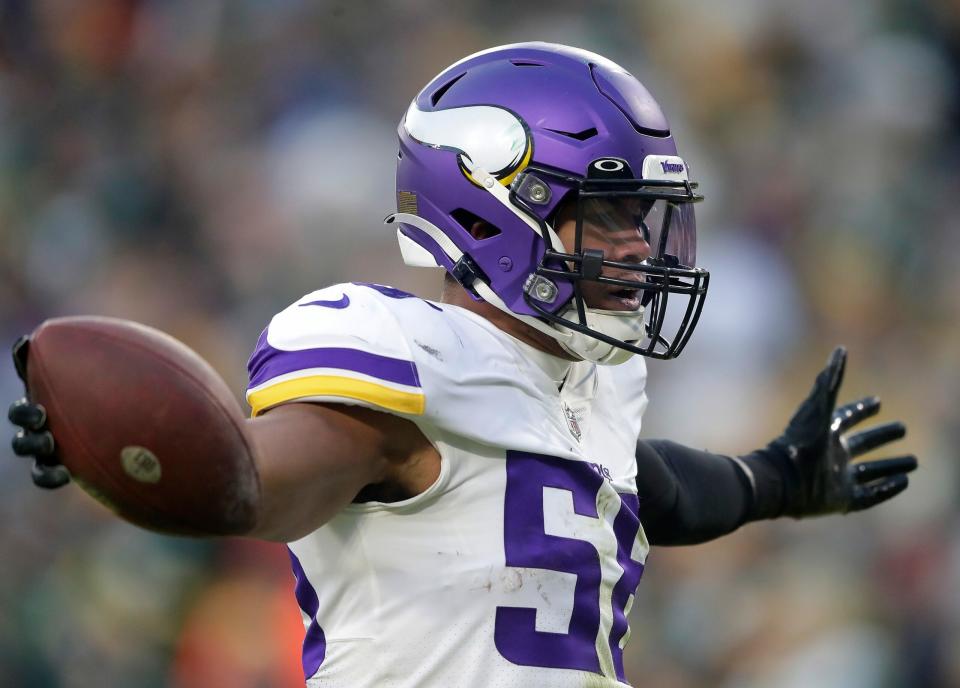 Because the Arizona Cardinals did not qualify got the postseason, Cardinals fans simply must watch other teams try to make it to the Super Bowl, which will be played in the Cardinals’ home stadium.

Sunday’s second game was between the New York Giants and Minnesota Vikings.

Check them out below.

Davis was with the Cardinals briefly this season after he was claimed off waivers. The Giants claimed him off waivers and he is on the active roster, appearing in one game for New York.

Jefferson made the Cardinals as an undrafted rookie in 2013 and played four seasons for them.

He appeared in nine games for the Giants this year.

The Cardinals drafted Cummingham in 2018.

He is in his second season with the Giants. He is on the practice squad but appeared in one game this past season.

Bullard played one season for the Cardinals in 2019. This was his first season with the Vikings. He appeared in 12 games and had 23 tackles.

Hicks is in his first season with the Vikings. He played three seasons for the Cardinals from 2019-2021.

With the Vikings this season, he had 129 tackles, three sacks and an interception.

Peterson was drafted fifth overall by the Cardinals in 2011 and played a decade for them. He just finished his second season with the Vikings and had one of his best with five interceptions and 15 pass breakups, the most in both categories since 2012.

Rosen was the Cardinals’ first-round pick in 2018. He is on Minnesota’s practice squad.