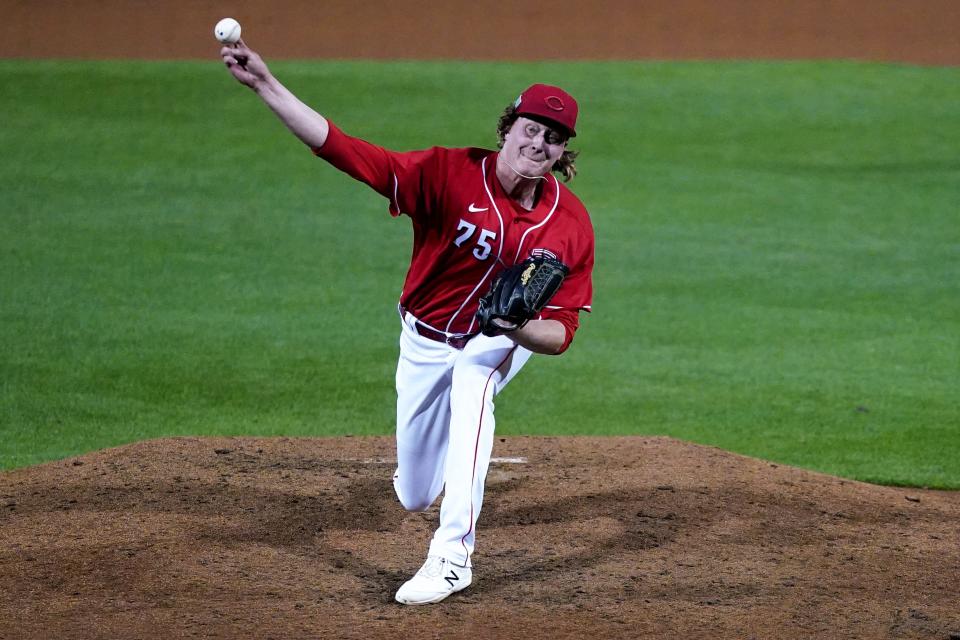 The Detroit Tigers signed right-handed reliever Trey Wingenter, who has pitched three innings between the majors and minors since 2019, to a minor-league contract with an invitation to MLB spring training.

He pitched three innings in the Arizona Complex League in the 2021 season as part of his rehabilitation from elbow surgery, then he missed the entire 2022 season due to a back injury.

NEW DIMENSIONS:New dimensions should boost Tigers’ psyches: ‘You just want to be rewarded’

The 6-foot-7 pitcher has taken the mound for 73 relief appearances across two seasons in his MLB career. He registered a 5.14 ERA with 39 walks and 99 strikeouts in 70 innings for the San Diego Padres in 2018-19, averaging 5.0 walks and 12.7 strikeouts per nine innings.

Wingenter’s recovery continued with a six-game showcase with Leones del Escogido in the Dominican Winter League. He logged a 1.69 ERA with six walks and six strikeouts in 5⅓ innings.

Wingenter has posted a 33.1% strikeout rate and a 13.0% walk rate in his two-year MLB career. Conceding too many walks and suffering injuries has hindered him throughout his professional career.

His arsenal is composed of two pitches: four-seam fastball and slider. He is confident throwing those offerings to both right-handed and left-handed hitters but fits better against lefties from an all-around performance standpoint.

The Padres non-tendered Wingenter in November 2021, and the Cincinnati Reds signed him to a minor-league contract ahead of the 2022 campaign. He pitched two innings for the Reds in spring training but was shut down in late March because of elbow soreness.