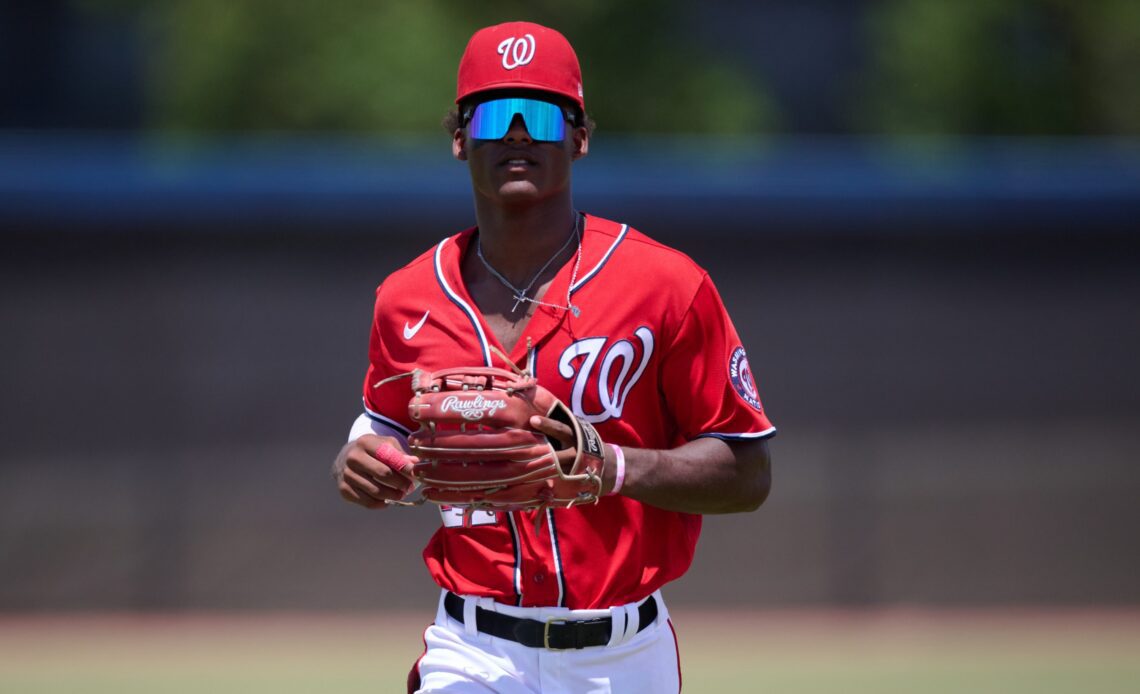 Another year. Another round of Top 10 Prospects for all 30 organizations.

No other exercise provides such a clear snapshot of where each farm system in baseball stands. To take advantage of this perspective, we explored many angles of Top 10 Prospects composition, including player age, position, production, signing status, means of acquisition, original organization and more.

In this way we studied the present to discern the future. Here are 12 things we learned from this study.

1. The Nationals have the youngest group of Top 10 Prospects

Three organizations’ Top 10 Prospects had an average age younger than 20 years old, led by the Nationals.

Washington’s top 10 features five players drafted out of high school in the past three drafts:  Elijah Green in 2022, James Wood, Brady House and TJ White in 2021; and Robert Hassell III in 2020. It also includes two members of the international class that signed in January 2022: Cristhian Vaquero and Jarlin Susana.

The Nationals imported Wood, Hassell and Susana in the Juan Soto deal with the Padres.

The Rockies, led by Ezequiel Tovar, Zac Veen and Drew Romo; and the Padres, led by Jackson Merrill, Dylan Lesko and Samuel Zavala, also have Top 10s with an average age younger than 20.

The Angels and Reds also lean young in their Top 10s, with an average age just north of 20 years old.

2. The Dodgers have the most productive group of Top 10 Prospects

Based on a tally of players’ estimated wins above replacement in the minor leagues, Dodgers Top 10 Prospects produced 32 WAR, more than any other system.

This makes intuitive sense when you factor the Dodgers’ player development track record and simply the experience level of Los Angeles’ Top 10. With an average age of about 22.5 years old, the Dodgers had the second-oldest Top 10.

The Orioles’ Top 10 finished second with 30.2 WAR, followed by the Rays…