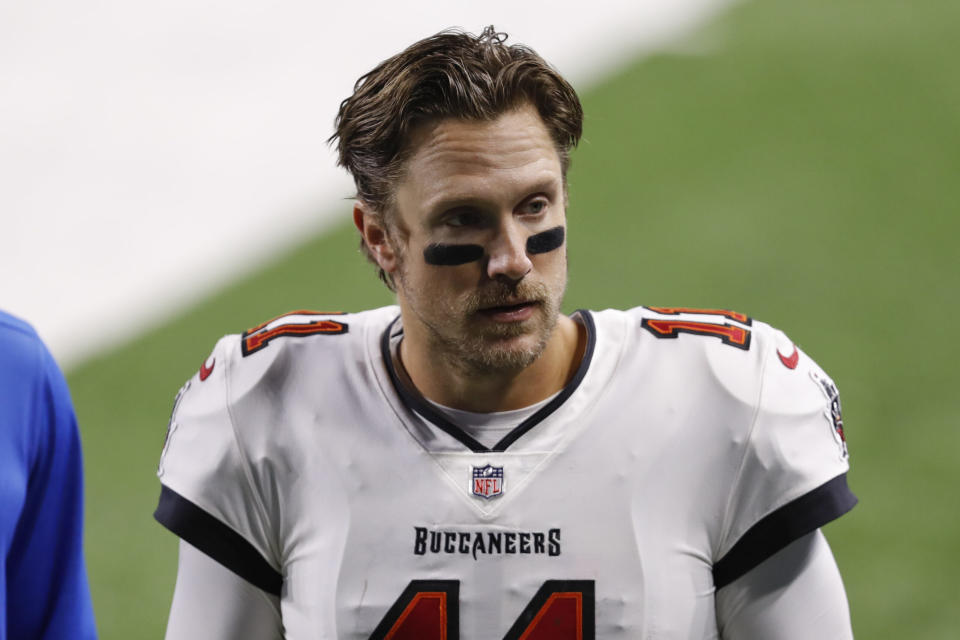 There is one final playoff game in the first round. Arizona Cardinals fans don’t get to watch their team but can find some former Cardinals on the rosters of the teams that made the postseason.

The Dallas Cowboys and Tampa Bay Buccaneers wrap up the wild card round Monday night.

There are a few former Cardinals on the two teams.

Check them out below.

Mullen is out with an illness for this game but the Cowboys claimed him off waivers after the Cardinals released him. He started the season with the Cardinals after being traded from the Raiders.

Bunting is on injured reserve. Bunting spent time on the Cardinals’ roster in the 2021 offseason.

Gabbert, Tampa’s backup QB, was on the Cardinals in 2017 and started five games.

Wells is on Tampa’s practice squad. He appeared in three games for the Cardinals in 2021.

Odenigbo is on the Bucs’ practice squad. He appeared in one game for the Cardinals in 2018.