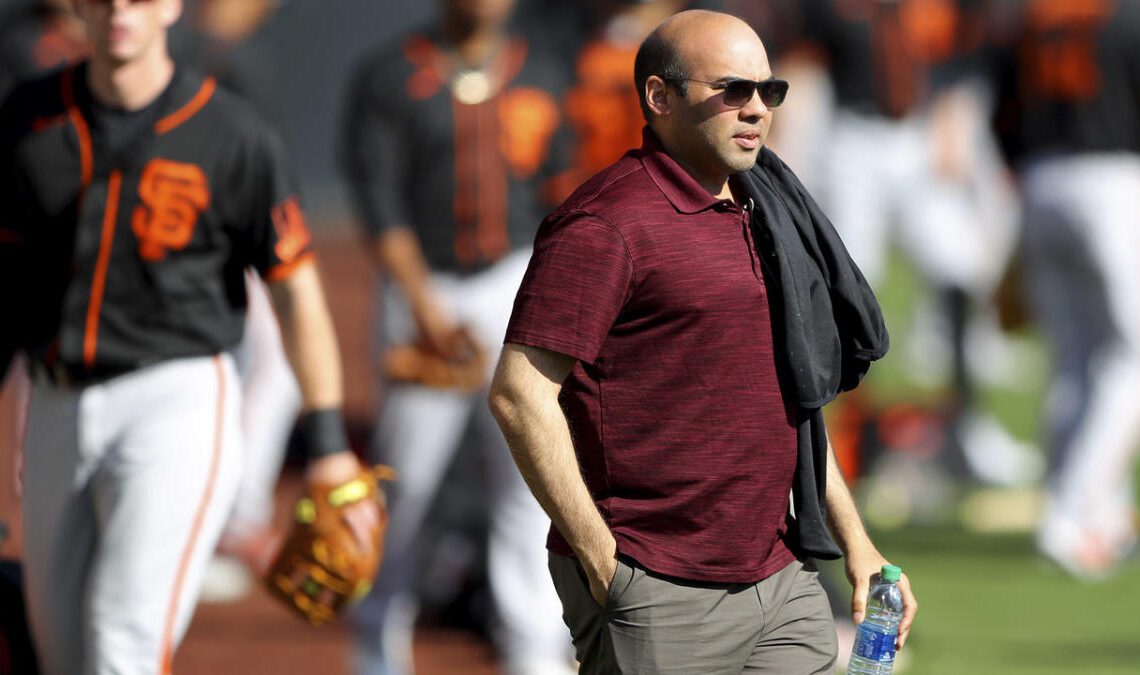 For all of the talk over the last month about a new shortstop, the Giants will find themselves in a surprising place when they report to Scottsdale Stadium in a month.

They currently have nine infielders on their roster, and eight were in the organization last year. The only newcomer this offseason ended up being 23-year-old Brett Wisely, who came over from the Tampa Bay Rays earlier in the winter and has just five games of experience above the Double-A level.

The Giants are poised to run it back with their infield, albeit in a different way. LaMonte Wade Jr. should get the lion’s share of the playing time at first base, and David Villar has a clear path to the starting job at third, with Brandon Belt and Evan Longoria having moved on. They’ll be supported on the corners by Wilmer Flores and J.D. Davis, with Brandon Crawford and Thairo Estrada starting up the middle, but the Giants know they need more help.

As has been the case for most of the last decade, there’s not a comfortable plan behind Crawford, and Farhan Zaidi said last Thursday that the Giants still are looking to add a middle infielder.

“It would be nice to have somebody who can play the middle infield spots off the bench, ideally a plus defender,” Zaidi said.

“But that bumps somebody off the roster and right now, the way it looks, everybody has kind of got a clear role,” Zaidi continued.

With the six players mentioned above, the Giants already have a full infield. They also like Wisely and Isan Diaz, a second baseman who hit 23 homers in 83 games for Triple-A Sacramento last season and was added to the 40-man roster earlier in the winter. Diaz would have gotten in the mix last year if not for an injury.

The Giants still need infield depth, but at this point, they’re unlikely to add someone on a big league deal. They like the group of six they currently have, although it certainly is short on depth up the middle.

“I wouldn’t rule out bringing in somebody who could be a multi-position utility type who is maybe a speed-and-defense specialist, but it would bump somebody that right now we’re planning [on being] on the roster, so that would come at some cost,” Zaidi said.

In going through position groups on a call with beat writers, Zaidi seemed to feel pretty set with the roster, which is natural this late in the offseason.

The outfield is locked in, with Mitch…