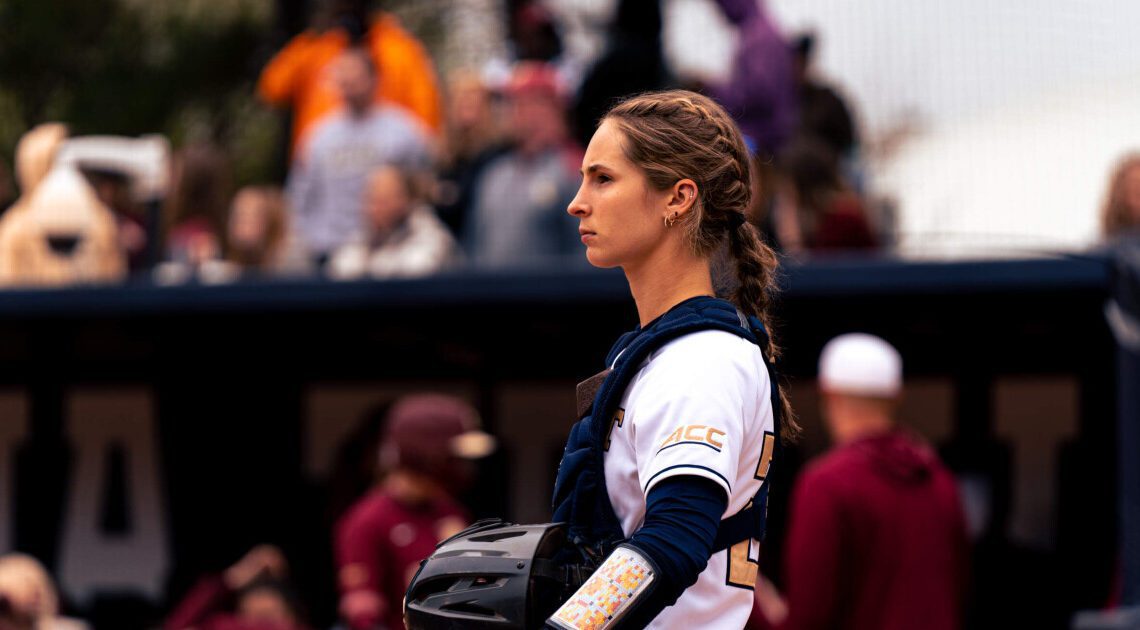 THE FLATS – Georgia Tech softball catcher Emma Kauf has been ranked as the No. 10 catcher in the country by Extra Inning Softball within its Extra Elite 100 College Position Rankings, the publication announced on Tuesday.

Approaching her senior year, Kauf receives her third recognition among the nation’s best in the last two weeks. The Lincoln, Neb., native has also landed on a pair of top 100 lists encompassing all positions leading into the 2023 season, coming in at No. 81 according to Extra Inning Softball and landing No. 85 in D1Softball’s rankings.

A team captain since her arrival on The Flats, Kauf has excelled on the field as the top catcher in the conference over the past two seasons. The standout behind the dish has been named First Team All-ACC in each of the last two seasons, also earning NFCA Southeast Second Team All-Region honors a season ago while landing on the ACC All-Freshman Team in 2021.

A two-time ACC Player of the week recipient, Kauf has displayed her proficiency in the backstop and at the plate as she developed a knack for catching runners stealing and set multiple national marks with her bat a season ago. The slim slugger laced 25 doubles in 2022, tying second in program history in single-season doubles while ranking second in the NCAA and leading the ACC with the mark. Leading the nation in doubles per game (0.45), Kauf also topped the conference in hits (71) to tie 11th in Tech history in a single season last year.

Off the field, the team leader was named one of 13 finalists for the 2023 Coach Wooden Citizenship Cup for her service in the community and for the Institute as well as her academic prowess, noted by her pair of ACC Academic Honor Roll and All-ACC Academic Team recognitions.

Georgia Tech opens the 2023 season hosting the annual Buzz Classic, beginning its action with a doubleheader against UConn on Feb. 10 at 4:30 p.m. at Mewborn Field.

The Alexander-Tharpe Fund is the fundraising arm of Georgia Tech athletics, providing scholarship, operations and facilities support for Georgia Tech’s 400-plus student-athletes. Be a part of developing Georgia Tech’s Everyday Champions and helping the Yellow Jackets compete for championships at the highest levels of college athletics by supporting the Annual Athletic Scholarship Fund, which directly provides scholarships for Georgia Tech student-athletes. To learn more about supporting the Yellow Jackets, visit atfund.org.

For the latest information on…