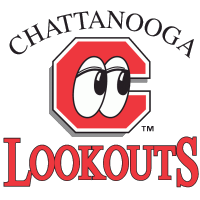 CHATTANOOGA, Tenn. – Want to join the most fun team in town? On Saturday, February 18, the Chattanooga Lookouts will be hosting their annual hiring fair at AT&T Field from 10:00 a.m. to 1:00 p.m. The home opener for the team’s upcoming 2023 season is slated for Tuesday, April 11.

Prospective employees, 16 years of age or older, will be able to interview for one of the many positions that are available.

Positions to be interviewed:

All potential employees will be asked to fill out an application and will be subject to a background check. Applicants should be prepared to interview at the hiring fair and are encouraged to bring a resume and dress appropriately.

Single game tickets for the Lookouts upcoming 2023 season go on-sale Monday, February 20 at 10:00 a.m. on Lookouts.com. The Lookouts Team Store is also open for business. Fans are encouraged to check out the line-up of gear available. Lookouts gift cards are also available through Lookouts.com.