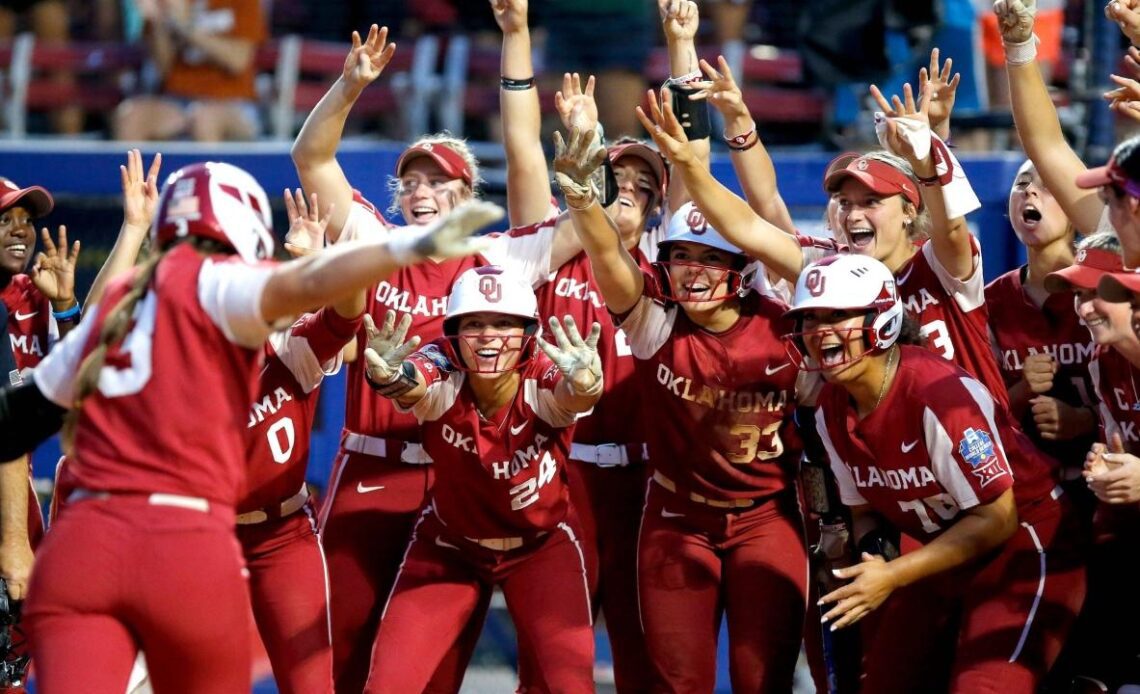 The race to Oklahoma City has become the race to catch Oklahoma.

And as a new NCAA softball season begins, no one is any closer to solving that riddle than they were the past two seasons. Seeking to match UCLA as the only programs to win three consecutive NCAA Division I titles, Oklahoma takes the field in 2023 as the unanimous No. 1 team in the D1Softball Top 25.

Here are the full preseason rankings:

With returning players who account for fully 10 percent of the D1Softball Top 100, led by Tiare Jennings (No. 1), Grace Lyons (No. 4), Cydney Sanders (No. 6), Jordy Bahl (No. 9) and Jayda Coleman (No. 15), the Sooners were an easy pick atop the rankings. After that, it’s a traffic jam worthy of Los Angeles at rush hour — which makes it fitting that UCLA edges out the competition at No. 2. The Bruins need to replace runs and veteran poise, but coming off a trip to the World Series semifinals, they have time to grow behind Megan Faraimo.

Indeed, with so much uncertainty across the softball map, returning aces are the coin of the realm.

No. 3 Oklahoma State can lean on Kelly Maxwell as it adjusts to another crop of talented transfers. Kathryn Sandercock leads restocked No. 4 Florida State, while Montana Fouts is the cornerstone for No. 6 Alabama.

And while No. 5 Florida may not have a lone returning All-American in the circle, most programs only wish they had Lexie Delbrey and Elizabeth Hightower backing up a deep and potent lineup.

Danielle Williams hopes to make it back-to-back trips to OKC with No. 7 Northwestern, and reigning SEC Pitcher of…