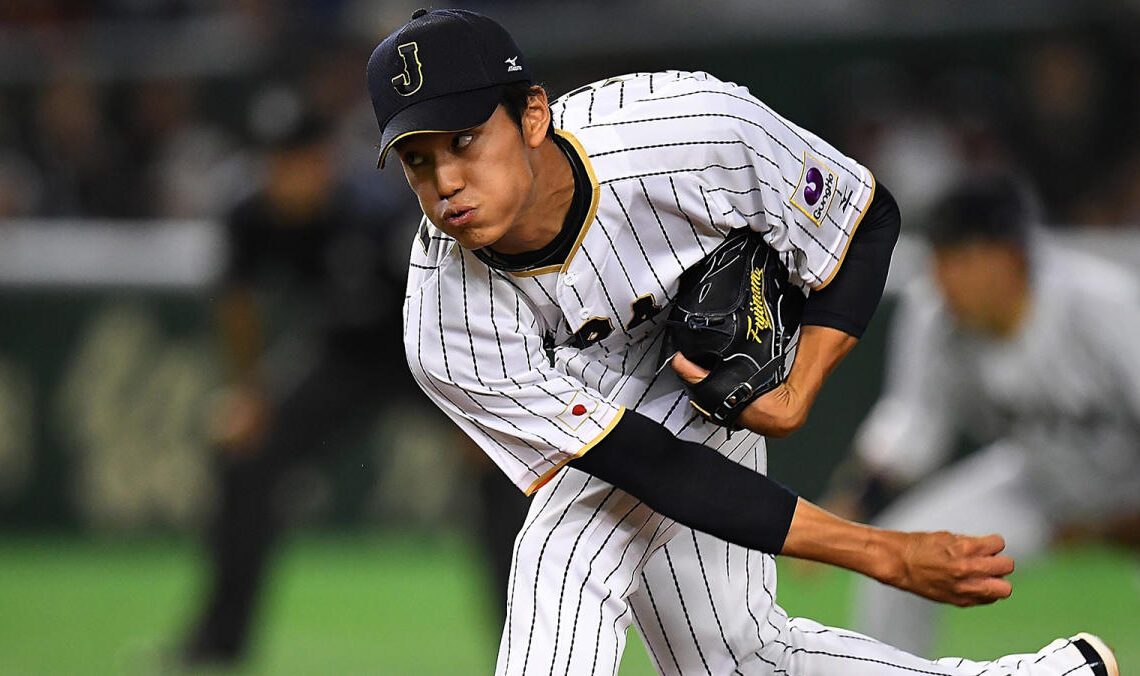 Shinataro Fujinami, the Athletics’ newest flamethrowing right-handed pitcher, made sure to etch his preferred nickname in stone during his introductory press conference in Oakland.

After spending the last 10 years with the Hanshin Tigers in Japan, Fujinami officially signed a one-year deal worth $3.25 million with the A’s on Tuesday. Fujinami is expected to be a key contributor to Oakland’s rotation next summer.

“It was important for him to have a chance to be a starter,” general manager David Forst said. “That’s how we’ve seen him perform. I expect he’ll be in the rotation.”

Oakland’s starting rotation ranked in the bottom-third of MLB in terms of ERA, WHIP and opponent batting average last season. But the A’s organization features promising young arms such as left-handers Ken Waldichuk and Kyle Muller, who both were acquired via trades over the last year and are expected to be factors in the 2023 rotation.

“Obviously, we have a lot of questions to be answered about our rotation overall,” Forst said. “But with his track record, and the way he pitched down the stretch for Hanshin, we know he’ll be an important part of our rotation.”

“What we lack in experience we have in talent, we believe, coming up,” manager Mark Kotsay said. “[Fujinami] has got 10 years of major league experience in Japan.”

Fujinami now will play in the AL West, the same division where Los Angeles Angels superstar Shohei Ohtani resides. Fujinami and Ohtani were a part of the same draft class in Japan coming out of high school.

“There’s no doubt about it, I’m very excited,” Fujinami said of playing against Ohtani. “We’re the same age. Obviously, he’s one of the best players in the world. For the Japanese fans it will be very exciting for us to play against each other.”

Fujinami won’t have to wait to join his fellow Japanese star on the big league field, as the A’s and Angels open the 2023 MLB season with a three-game series at the Oakland Coliseum.

First, though, Fujinami will…