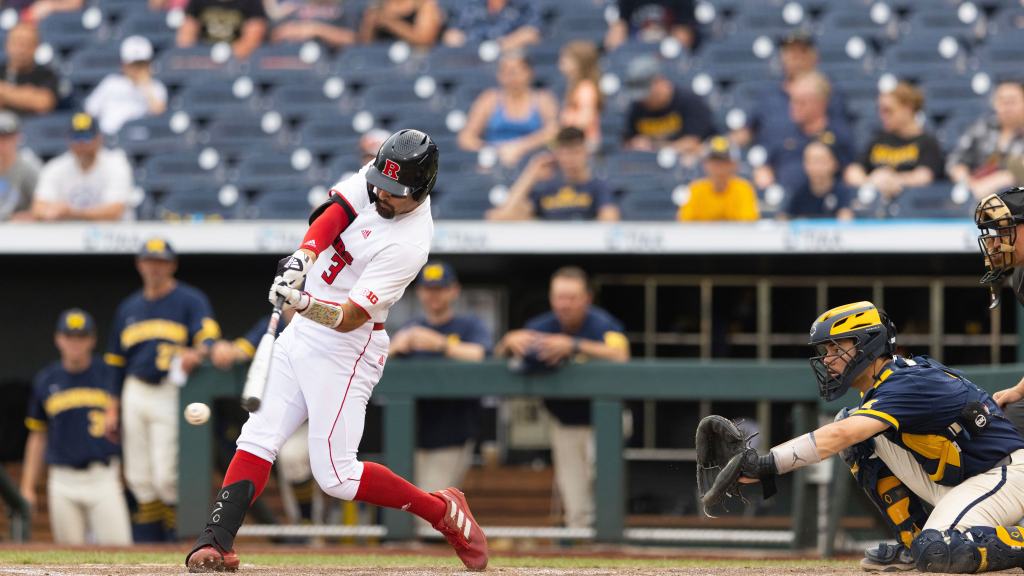 Although the 2023 MLB draft isn’t until July, there is still plenty of hype gathering about several Rutgers baseball players.

Heading into the 2023 MLB Draft, the Scarlet Knights have three players among the top 300 prospects. According to prospectslive.com, outfielder Ryan Lasko (#56), outfielder/catcher Evan Sleight (#186), and right-handed pitcher Drew Conover (#232) are among the top prospects who will be available to teams this summer.

As an All-American freshman in 2021, Ryan Lasko impressed many scouts in all aspects of his game. Lasko is a selective hitter who shows patience at the plate. He does an excellent job not swinging at bad pitches. In 2022, Lasko tied the Rutgers single-season doubles record with 24. Also, the Rutgers centerfielder won the Rutgers Athletics Male Sophomore of the Year award, along with All-Big Ten First Team honors. As Lasko develops, he can be the complete package. He is currently ranked 56th in the 2023 MLB prospects list.

Next up on the list for the Scarlet Knights is slugger Evan Sleight. The Rutgers outfielder is ranked 186th on the 2023 MLB Draft prospects board. In 2021, Sleight had an excellent year, winning the Big Ten Freshman of the Week award. He is an ultra-physical hitter with a feel for finding the barrel at the plate. In 2022, he ranked among the best in college baseball for line drive rate. In the field, Sleight has a strong arm but is known more for his hitting rather than his defensive skills. MLB teams will look to draft Sleight, knowing he will be a DH at the next level.

The best of the best.

Right-handed pitcher Drew Conover is the third Scarlet Knight on the top-300 MLB Draft prospects board. In 2022, Conover got selected by the Detroit Tigers in the 20th round (pick #597). Scouts believe Conover has the best slider in the 2023 class. In the MLB, Conover can be either a starter or reliever, comparing his skills to Phillies’ reliever Brad Hand. Drew relies on his sinker and slider, getting batters to chase out of the zone. After the first two seasons at Seton Hall,…