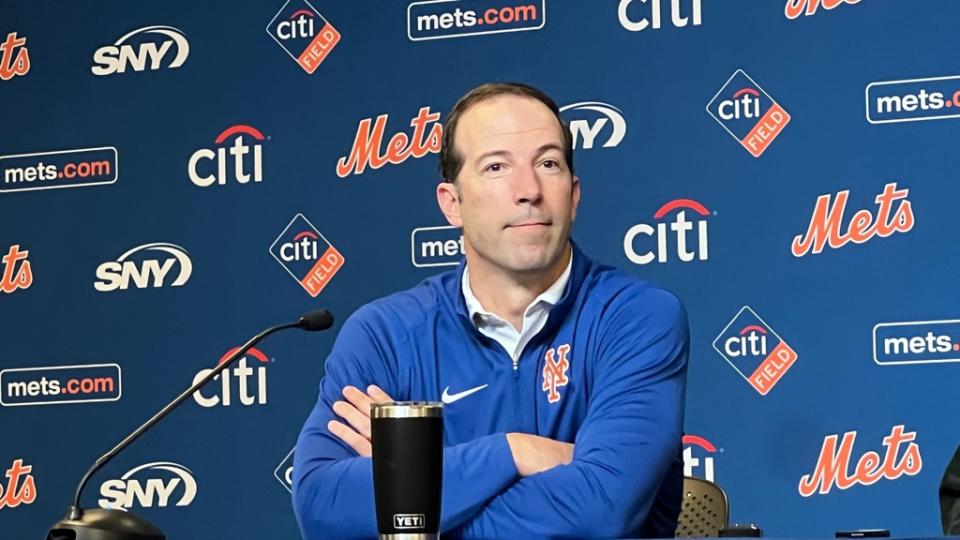 During Tuesday’s Mets news conference to introduce Omar Narvaez and reintroduce Adam Ottavino, GM Billy Eppler was asked about the negotiations between the team and Carlos Correa, who wound up on the Minnesota Twins after talks broke down with New York.

The disagreement with Correa’s camp was over something the Mets flagged during his physical — specifically an ankle injury sustained in 2014 that led to a plate being inserted and left the Mets (and San Francisco Giants) concerned about how it will hold up over the course of a deal.

Eppler was asked to weigh in on the situation, but understandably declined to go into specifics given the sensitivity of the disagreement over medicals.

But Eppler did answer questions about the Mets’ offense — including comments made by owner Steve Cohen when the club first reached an agreement with Correa — and where the team goes from here.

“This really makes a big difference. I felt like our pitching was in good shape. We needed one more hitter. This puts us over the top.”

Of course, the Mets don’t have that “one more hitter” now that Correa is a Twin.

So, is Eppler comfortable with the lineup as presently constructed?

“I think we have a strong and deep lineup. I’m confident in our group’s ability to score runs,” Eppler told reporters. “This goes without saying, and I think I’ve said it in the past — relating to any one of the areas of the organization — you can always be better.

“That’s kind of the purpose of making sure you’re not sitting in a fixed mindset, and you kind of adopt more of a mindset, or a growth-based mindset, where you can always improve. That’s what we’re gonna look to do. … I do think we have a strong lineup as currently configured, but we can always be better.”

The Mets’ offense last season was near the top of the league as far as runs scored, but faltered during their NL East-deciding late-season sweep at the hands of the Atlanta Braves and in their three-game Wild Card Series loss to the San Diego Padres, leading many (including the owner) to believe the team was in need of one more difference-making bat.

But as of now, the team is returning basically the same offense as 2022 (except for Narvaez replacing James McCann), and is seemingly not yet ready to rely on Francisco Alvarez and/or Brett Baty.