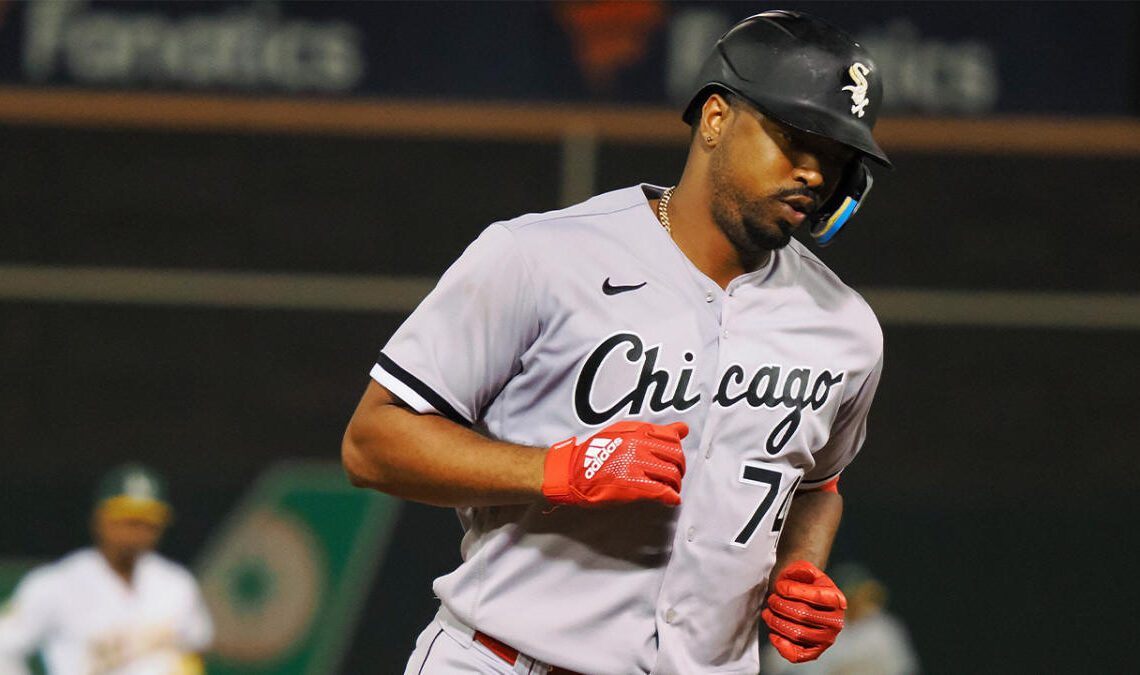 Eloy Jiménez has played baseball longer in his life than he’s spent not playing baseball.

Former MLB player and now MLB Network analyst, Yonder Alonso, joined the White Sox outfielder in his home in the Dominican Republic to discuss his growth into the sport of baseball and how it helped develop him into the player he is today.

“Pretty much this is a sacrifice for everybody,” Jiménez said. “It’s for me but pretty much my family too. When I started playing baseball, then I came into the academy (at) 11 years old. Pretty young. It was a little bit hard because I was away from my family.

“The first time I stepped into the box I got hit by a pitch in the head. I said ‘This is not for me. I don’t want to come back.’ My dad told me ‘That is part of the game. You’re not going to change that.’ And then he said ‘Just go one time, let’s see what happens.’ Then I hit a home run and I said ‘Oh, this is nice.'”

Jiménez’s simple mindset on the game helped him grow into one of the best international prospects in the early 2010s.

He quickly created a path to the MLB as an international prospect at age 16. Known for his impeccable size – at that time, 6-foot-4 and 198 pounds – his athleticism and baseball IQ, he rapidly caught the eye of scouts and signed with the Cubs’ minor league team by age 17.

He spent three seasons in the Cubs’ minor league system, before being included in a trade with Dylan Cease to the White Sox for José Quintana. Jiménez played another two full seasons in the minors before making his debut in the big leagues in 2019 at 22 years old.

Jiménez was a menace in his first season. He hit 31 home runs and brought home 79 RBIs. He slashed .267/.315/.513 from the plate. Alonso noted his findings with Jiménez rely on the idea that he can be more than a power hitter, and his size is deceptive to his full arsenal.

“You actually think like a little kid. Staying short, staying inside the baseball,” Alonso said. “You think more about pure hitter than slugger. And I think for me that’s why you’ve always been so good.”

For the most part, Jiménez has proven to be a mogul at the plate. He holds a .276/.327/.504 career slash line from the plate. His size and intelligence at the plate make him a valuable…