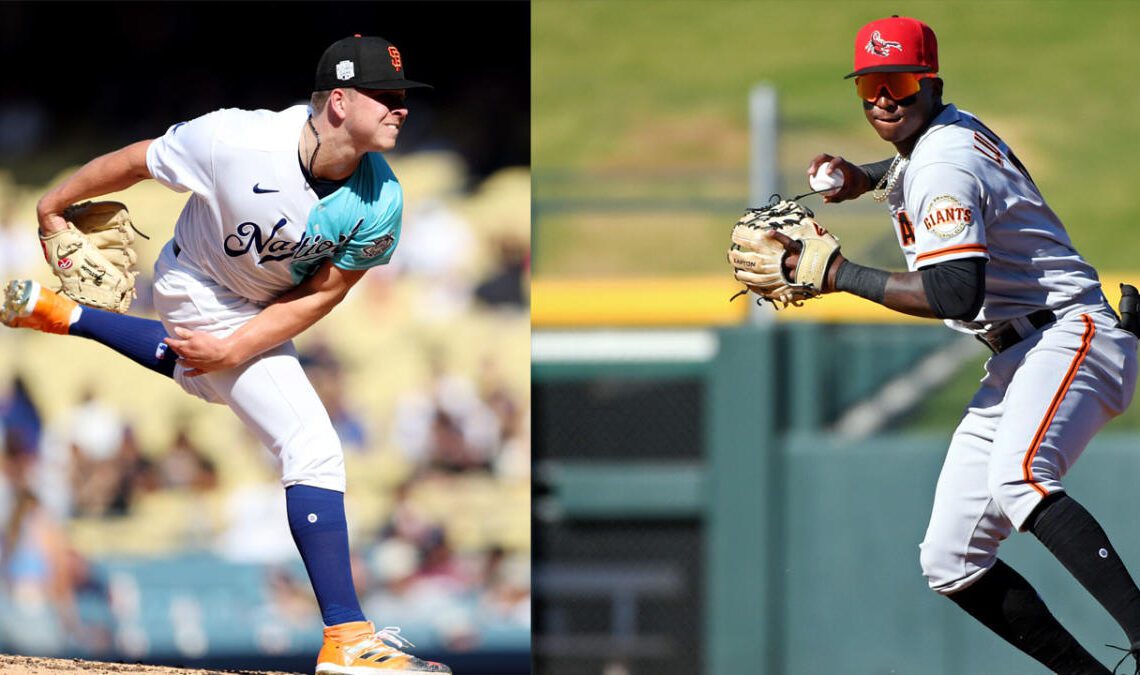 After a somewhat disappointing year for their minor league system, the Giants had just two prospects on Baseball America’s latest top 100 list, but those two represent a combo that few organizations can match.

Marco Luciano came in at No. 38 and Kyle Harrison at No. 39, continuing a recent trend for the two, who generally have been in the same vicinity on prospect lists since Harrison started to dominate early last season. Earlier this week, Harrison was named the top left-handed pitching prospect in the game by MLB Pipeline.

Harrison, a 21-year-old from the Bay Area, is the organization’s most intriguing pitching prospect since the years when Matt Cain, Tim Lincecum and Madison Bumgarner came through the system. He was ranked 95th on last year’s preseason Baseball America list but dominated two levels, posting a 2.71 ERA in 25 starts. Harrison struck out 186 batters in 113 innings with an elite fastball-slider combo and developing changeup.

Harrison will start this season in Triple-A, but the Giants expect him to debut in the big leagues at some point in 2023, and possibly early.

“We may not have an opening in the rotation to start the season, but we know what a battle of attrition this is,” president of baseball operations Farhan Zaidi said early in the offseason. “Hopefully the first time we need somebody, Kyle is ready to step in. It’s a big offseason for him and it’ll be a big camp for him, and he has a chance to really be a boost to our rotation once he shows that he’s ready.”

While Harrison had no hiccups in 2022, it was a somewhat lost season for Luciano, the organization’s best hitting prospect since Buster Posey. The 21-year-old shortstop played just 57 games in High-A because of a back injury. The Giants hoped he could make up some of those lost at-bats in Winter Ball, but he shut it down after just five games when the back discomfort resurfaced.

“Obviously we want to be careful with him,” Zaidi said in December. “There isn’t a long-term concern, but this was concerning enough that he got shut down. We expect him to be fine for spring training. It’s too bad he couldn’t get those at-bats.”

Luciano hit 10 homers in those 57 games with a .798 OPS. He’ll start this season in Double-A, and while a 2024 debut is a more likely goal, a late-season cameo in 2023 isn’t out of the question if he puts it all together. The Giants have not built…