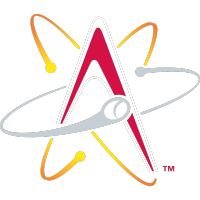 The Albuquerque Isotopes today announced home game times for the 2023 season, including the Home Opener, Mariachis games, Dukes Retro Night, 15 Fireworks Shows, Blake’s Lotaburger Green Chile Cheeseburgers Night plus 13 day games. The Isotopes’ 75-game home schedule features 39 weekend games and homestands versus all other nine Pacific Coast League opponents. The Isotopes will be home on May 5 as well as July 3, with special holiday celebrations being planned for both dates.

The Cinco de Mayo game will begin at 7:05 pm

Dukes Retro Night is slated for 6:35 pm in a July 15 contest against Salt Lake

13 day games, including eight on Sundays, one on Saturday plus four mid-week games under the sun

The entire 2023 promotional schedule will be released in mid-February while individual game tickets will go on sale March 6.

Season Tickets, Mini Plans, Flex and Combo Plans and individual game Suite rentals are the only way to guarantee that fans have a seat for all the exciting action. Information regarding ticket sales, hospitality and group options is available at abqisotopes.com or by calling the Isotopes Administrative Offices at (505) 924-2255.