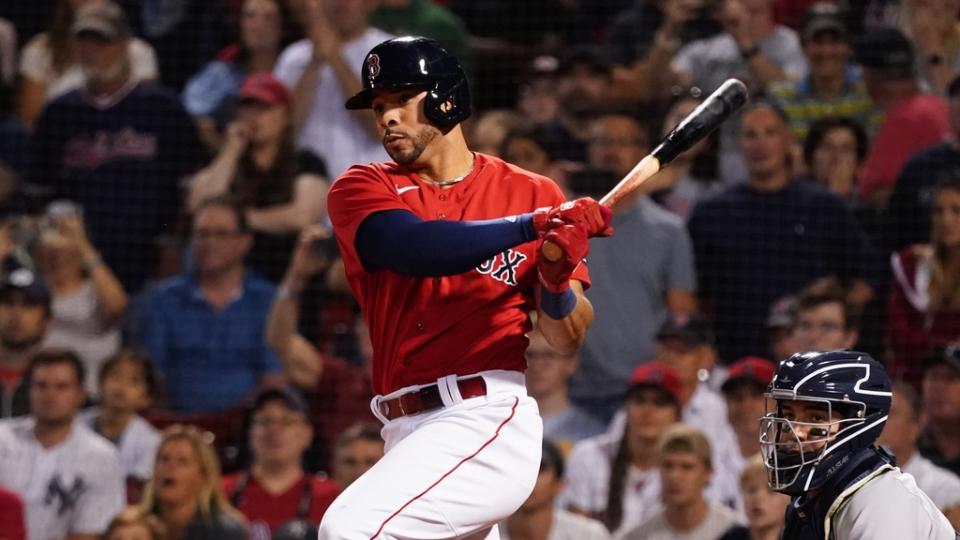 The Mets have found the right-hitting outfielder/DH they were looking for: According to a league source, the team has agreed to terms with veteran Tommy Pham, pending physical.

The Mets had been pursuing several players for this role. The team made aggressive offers to Andrew McCutchen and Adam Duvall, while pursuing Pham on a parallel track. Pham has a career .787 OPS and an .843 OPS against left-handed pitching. He could play outfield and slot in as a platoon DH with Daniel Vogelbach.

At one point the Mets liked their chances to land McCutchen, but the former Pittsburgh Pirates star opted to return home. Duvall correctly saw an opportunity for more playing time with the Boston Red Sox than with the Mets.

Signing Pham does not mean an immediate end to Darin Ruf’s tenure with the team. The Mets do not have a trade lined up that would send Ruf elsewhere, and have until the end of spring training to decide whether to keep him.

One decision they have already made: Power-hitting catching prospect Francisco Alvarez is not in the full-time DH mix. The way the organization sees it, Alvarez needs to continue to develop as a catcher, which he will probably do in Triple-A at the beginning of the year. He might DH a bit in the big leagues, but cannot be counted on to fill the position on a daily basis.