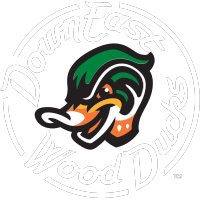 Kinston, N.C. –
The Texas Rangers released the coaching staff for the Down East Wood Ducks
that will be arriving in Kinston for the 2023 season.

Carlos Maldonado has been appointed
Down East’s manager for the 2023 campaign, the first full-season managerial assignment of his
career. The Venezuela native led the ACL Rangers to a 32-22 (.592) record and playoff berth in
2022, this after managing the Dominican Summer League Rangers to a combined 91-36 (.717)
over his first two seasons (2019, 2021) as a skipper at the professional level. Maldonado
previously served as a coach on the Wood Ducks’ staff in 2018 following two years as a
player/coach at Frisco. Pitching Coach Julio Valdez joins Maldonado’s staff after serving in the
same role with the Arizona Complex League Rangers (2022) and Dominican Summer League
Rangers (2020-21) over the last three years. Newcomers Brian Pozos (Hitting Coach) and Nick
Janssen (Development Coach) were both promoted to the Low-A staff after filling the same
roles in 2022 with the ACL Rangers. Ruben Sosa (Development Coach) joined the Texas
organization in August of last year after retiring from a professional playing career which dated
back to 2011. The 32-year-old Dominican Republic native was originally selected by the
Houston Astros in the 23rd round of the 2011 MLB Draft, and spent six seasons in the minor
leagues with the Houston (2011-14), Los Angeles-AL (2015), and Kansas City (2017) systems.

Neal Ori (Athletic Trainer) moves up to Down East after spending the last two years on the
support staffs of the ACL (2022) and DSL Rangers (2021). Brett Platts (Strength and
Conditioning) joins the organization after serving as Strength and Conditioning coach at the
Dominican Academy of the Chicago Cubs last season.

Here is the full list of the Down East Wood Ducks 2023 Coaching Staff:

The Wood Ducks are kicking-off opening day on April 6th against theKannapolis Cannon Ballers
at with first pitch at 7:00 pm.