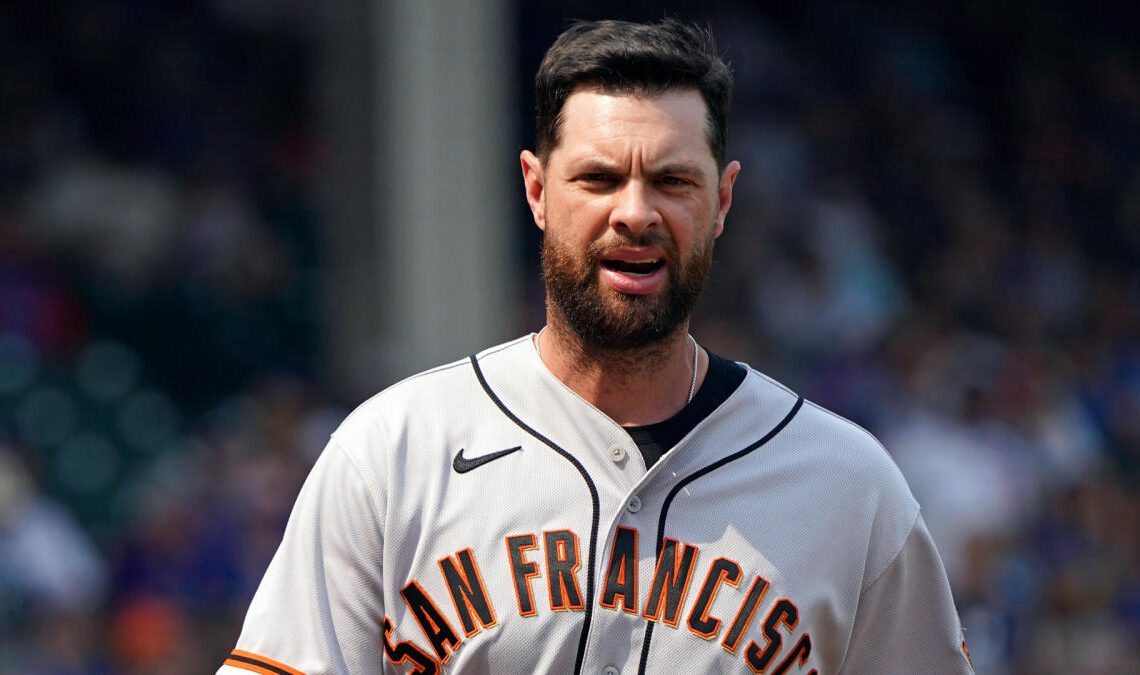 If there’s anything worse than the Giants parting ways with the only remaining player from their 2012 and 2014 World Series title teams, it’s having that player sign with their rival Los Angeles Dodgers.

After a long, chaotic free agency process, Brandon Belt explained how close he was to trading in his Orange and Black for Dodger blue.

“Honestly, I was probably so close to signing with the Dodgers,” Belt said on KNBR’s “Papa and Lund”.

After a brief pause filled with silence, he allowed Giants fans to breathe again.

“I’m just kidding,” he said as laughs broke out. “I would never do that.”

Belt’s 12-year tenure in the Bay ultimately came to an end after the Giants and the first baseman couldn’t work out a deal this offseason. The 34-year-old took his championship experience and veteran leadership to Toronto, signing a one-year contract with the Blue Jays last week.

He was drafted by the Giants in the fifth round of the 2009 MLB Draft and helped San Francisco win two World Series. But inconsistency and injuries plagued Belt’s game.

Belt had a career year in 2021 when he hit 29 homers in 97 games. He followed it up with just eight homers in 78 games last season, a year that was cut short by knee surgery in September.

Talks began with about 12 to 15 teams, Belt said, and then it dwindled down to the final four. The Giants were his obvious first choice, but he understands why it couldn’t work out.

“We‘ve been talking with the Giants and it was something that we were trying to get done because I’ve spent my whole career in San Francisco obviously,” Belt said. “The Giants organization holds a special place in my heart. It’s something that I wanted to do. In the end, it didn’t work out. I just don’t think it was the right time for them to make that decision and they were going to have to clear some spots on the roster and stuff like that. So, unfortunately, it didn’t work out.

“I think when it came down to it, we were having to decide between these last three to four teams, I feel like I woke up on that final day and I got the most excited about going and playing in Toronto for the Blue Jays; for a whole lot of reasons and I think the main one is they have a great roster. They have a lot of good ball players, a lot of good young ball players. We’re going to make a run at the championship this year.”