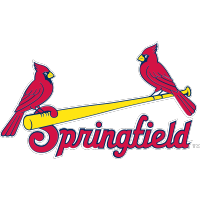 Springfield, MO – The St. Louis Cardinals have announced the 2023 Coaching Staff for Springfield, with Jose Leger returning as the Manager for the third straight season.

Joining Leger in the dugout and new to the Cardinals coaching staff is Pitching Coach Eric Peterson, Hitting Coach Brock Hammit, who is from Nixa, and Coach Will Hawks. Alex Wolfinger returns for his second season as Springfield’s Athletic Trainer, and is joined by new Strength & Conditioning Coach Spencer Clevenger and new Minor League Fellow Noah Landow on the coaching staff.

Before joining the Cardinals organization, Leger spent eight seasons as a manager within the New York Mets organization (2010-17), where he held a managerial record of 389-368. He was named the 2015 South Atlantic League Manager of the Year after leading the Low-A Savannah Sand Gnats to a playoff berth, compiling an overall record of 84-53. Leger celebrated his milestone 500th win as a professional manager on September 15, 2022, when the Cardinals beat the Tulsa Drillers.

Born in Santo Domingo, Dominican Republican, Leger attended Georgia College and State University in Milledgeville, Georgia. He was signed as a Non-Drafted Free Agent by the Minnesota Twins on June 28, 2004 and spent three seasons in the organization’s system (2004-06), primarily as a third baseman and catcher, rising as high as Double-A New Britain (Eastern League) in 2006.

Peterson, 29, rejoins the Cardinals organization for his first season as Springfield’s Pitching Coach. He was tabbed to be a coach and scout in the Cardinals system in 2020 before the Minor League season was canceled that year.

Peterson spent the 2022 season with Bloomsburg University as the graduate assistant pitching coach. He started his coaching career in 2018 with Neumann University and helped lead that year’s Knights pitching staff to a 3.63 ERA, the lowest in the Atlantic East…