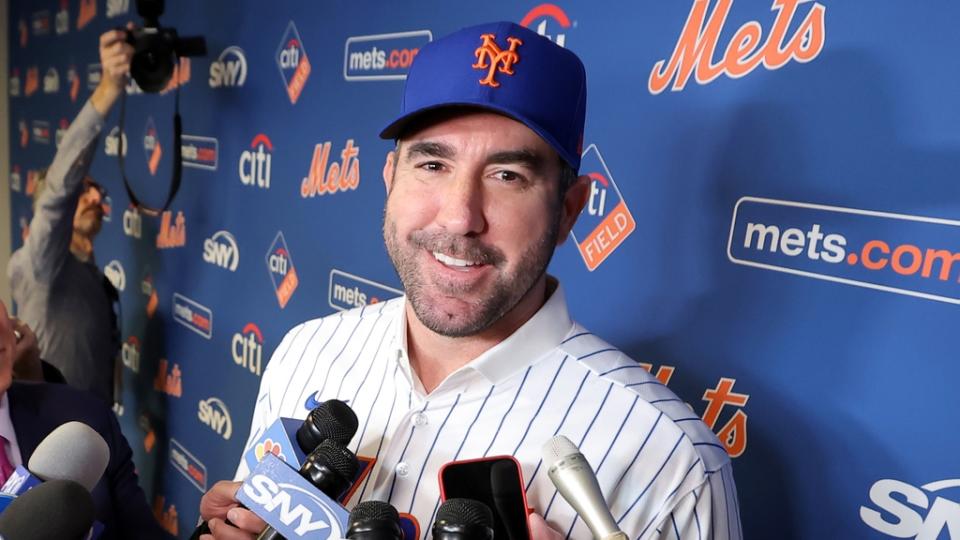 With headlining additions such as Justin Verlander and Kodai Senga, the Mets made plenty of impact additions this offseason entering the 2023 campaign. One potential headline remains the age of a talented roster.

In an appearance on Thursday’s Baseball Night in New York, SNY play-by-play broadcaster Gary Cohen discussed one potential factor of the 2023 team with Sal Licata.

“It’s at least as good of a team as last year,” Cohen said. “My one concern with this team, it’s an older team and they’ve only gotten older. I think it’s going to be able to factor in [Francisco] Álvarez, to factor in [Brett] Baty, and to have [Tylor] Megill and [David] Peterson play a role.”

Age particularly plays a factor in the New York rotation as Verlander, Senga, José Quintana and Max Scherzer will all be at least 30 years old by Opening Day this season. All three members of the projected starting outfield of Mark Canha, Brandon Nimmo and Starling Marte will also each enter the season in their 30s.

“I know that age is not a concern for front offices as much as it was a few years ago, but it’s certainly a concern when you are going to be one of the oldest teams in the league,” Cohen added.

While age will spark conversation, the Mets look to convert that experience into another successful season following a 101-win campaign that snapped a six-year postseason drought.