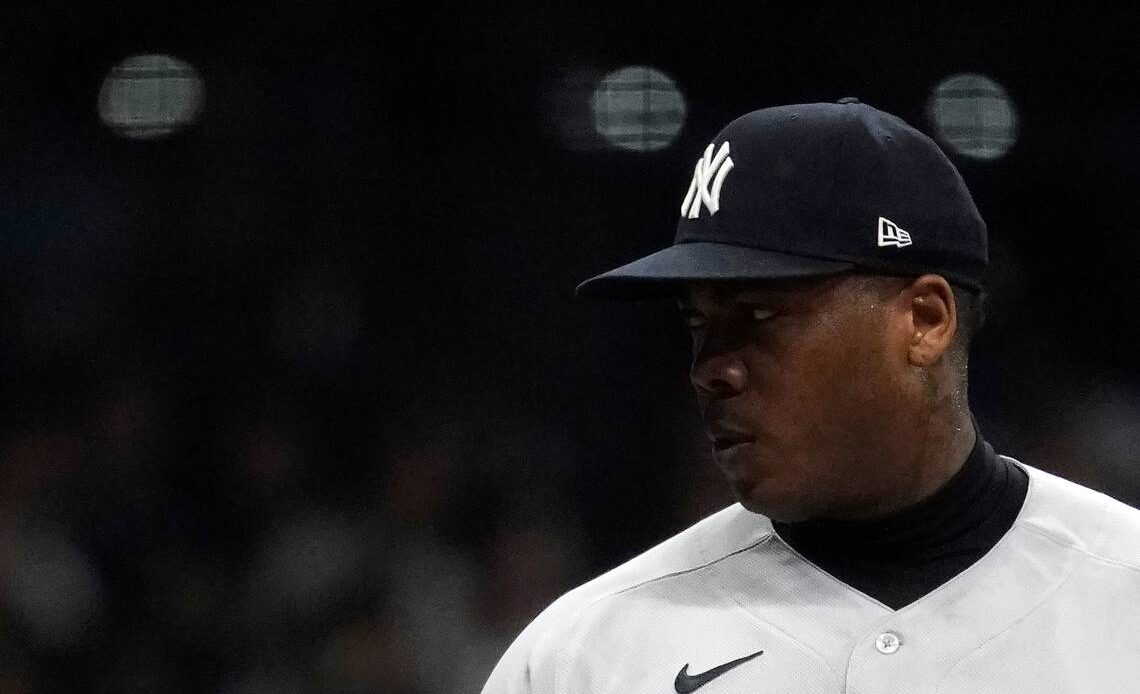 The Kansas City Royals went into the offseason aiming to add bullpen help. Ideally, they wanted a back-end closer-caliber relief pitcher to bolster their relief corps.

Their search led them to Aroldis Chapman, a former World Series champion who was once viewed as an elite closer. He has also garnered attention for high-profile off-field incidents.

The Royals and Chapman reached an agreement on a one-year deal that will pay Chapman $3.75 million plus performance bonuses according to MLB.com’s Mark Feinsand. Chapman became a free agent after parts of seven seasons with the New York Yankees.

A left-hander Chapman, 34, earned seven All-Star appearances in his 13 seasons in Major League Baseball. One of the hardest-throwing pitchers in MLB history, Chapman has seen a drop-off in his effectiveness in recent seasons with the Yankees.

Chapman’s tenure with the Yankees ended abruptly and unceremoniously with him having been left off the postseason roster. The Yankees left him off the roster after he missed a mandatory team workout and stayed at his home in Miami, supposedly disgruntled about how his season unfolded — including a demotion from the closer role.

Dating back to 2008, Chapman has thrown more pitches of 103 miles per hour or greater than any pitcher in the majors. From 2014-17, his average four-seam fastball velocity eclipsed 100 mph, including an average of 101.6 mph in 2016 when he helped the Chicago Cubs win the World Series.

He posted an average four-seam fastball velocity of 97.5 mph, though he had an average velocity on his sinker of 100.2 mph (just 34 pitches thrown).

Chapman didn’t allow a run through his first 12 appearances of 2022, but he allowed six runs in seven appearances (5 2/3 innings) in May before he went on the injured list with tendinitis in his left Achilles tendon.

After a rehab assignment, Chapman returned to the…