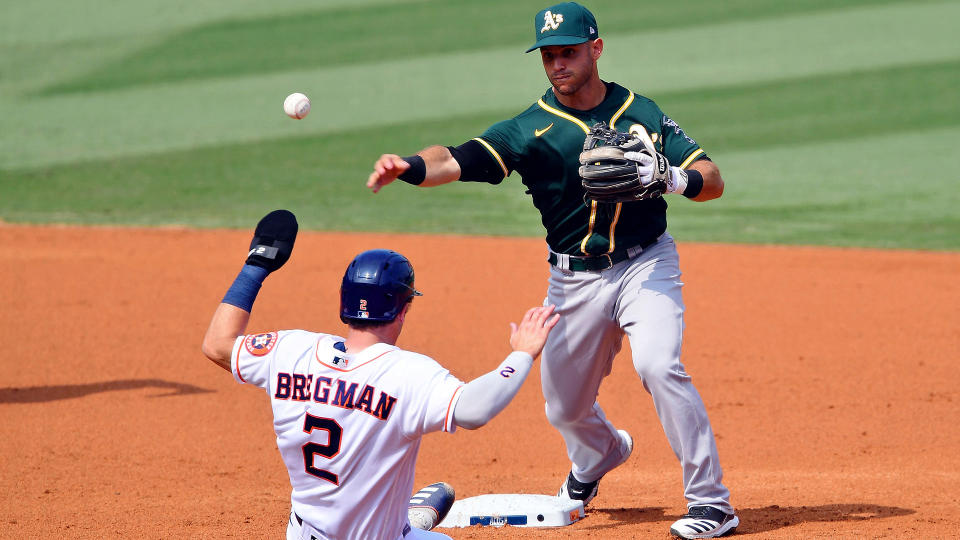 SEATTLE – The Seattle Mariners signed infielder Tommy La Stella to a one-year contract on Thursday, adding another versatile veteran to their roster.

La Stella spent the past two seasons with San Francisco but was designated for assignment by the Giants in late December. La Stella signed a three-year, $18.75 million deal before the 2021 season but played in just 136 games and hit .245 over his two seasons with the Giants.

“Tommy’s makeup, instincts and experience in winning environments will benefit our team as we look to make the next step.” Mariners President of baseball operations Jerry Dipoto said in a statement. “We value his versatility and strike zone management skills, as well as what I believe to be a high baseball IQ.”

Seattle will be the sixth different team for La Stella after breaking in with Atlanta in 2014. He was an All-Star selection with the Los Angeles Angels in 2019, when he hit a career-best .295 with an .832 OPS, 16 homers and 44 RBIs but was limited to just 80 games after suffering a fractured tibia on a foul ball.

La Stella has primarily played second and third base and likely will be in a rotation at those positions for Seattle. He also was the designated hitter in 43 games last season for the Giants and could be a left-handed hitting option in that spot for Seattle.