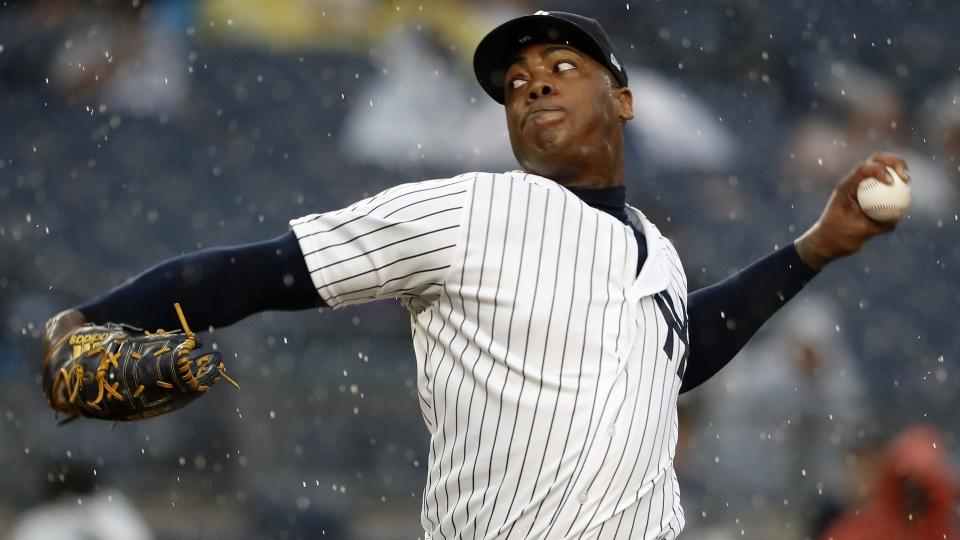 The person spoke on condition of anonymity because the deal is pending a successful physical for the seven-time All-Star.

Chapman was once among baseball’s most dynamic pitchers, known for consistently throwing 100 mph or more. But the left-hander, who will be 35 on opening day, is coming off the worst season of his 13-year career, going 4-4 with a 4.46 ERA for the Yankees in 2022 while raising questions about his dedication to his team.

Chapman spent time on the injured list with Achilles tendinitis in May, and then lost the closer job to Clay Holmes. He was on the IL again in August for a leg infection following a tattoo, and then was kept off New York’s roster for the AL Division Series after missing a mandatory team workout and drawing the ire of manager Aaron Boone.

At his best, Chapman has been a dynamic closer, making his most recent All-Star team just two years ago. And the Royals hope that new manager Matt Quatraro, along with a rebuilt coaching staff now guiding their pitchers, will be able to help Chapman rediscover the form that helped him save at least 30 games in eight different seasons.

The Royals have been desperate for help in the bullpen, where they were fourth-worst in the majors with a 4.66 ERA last season. Their biggest free-agent acquisition thus far had been Ryan Yarbrough, who can start or work in long relief.