Who will be Phillies’ closer? Rob Thomson discusses 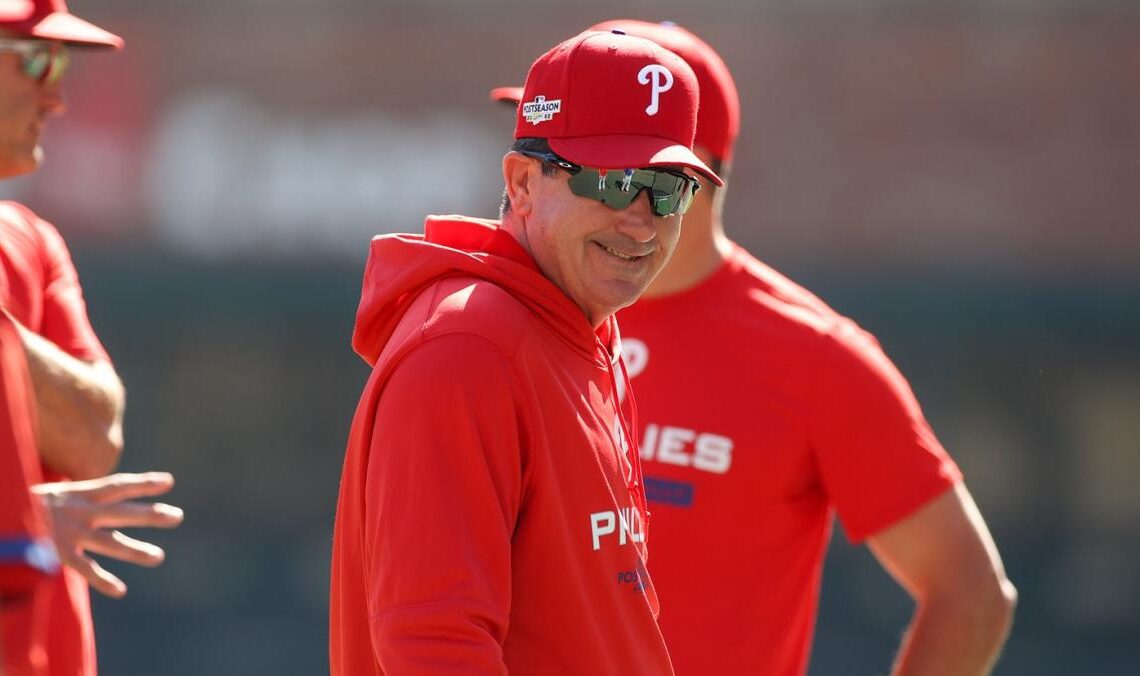 Who will close for the Phillies? Rob Thomson discusses originally appeared on NBC Sports Philadelphia

The Phillies began the offseason with the hard-throwing, righty-lefty duo of Seranthony Dominguez and Jose Alvarado at the back end of their bullpen and added another pair fitting the description in Craig Kimbrel and Gregory Soto.

Phillies manager Rob Thomson will have multiple options at his disposal to close on any given night, and from the sounds of it, he again won’t anoint a closer.

“I kind of like the floating closer, if you will,” Thomson said Wednesday in the Phils’ clubhouse. “It just gives us a few more options.”

Eleven different Phillies relievers had a save last season. Dominguez, Corey Knebel, David Robertson and Brad Hand had at least a handful. Dominguez was clearly their top reliever by season’s end, but in the playoffs, the Phillies had five saves and each came from a different pitcher: Zach Eflin, Alvarado, Dominguez, Ranger Suarez and Robertson.

Most teams still do name a closer, but bullpen management has changed substantially over the last two decades to the point that managers routinely recognize and feel comfortable using their best reliever for outs prior to the final three. Sometimes the highest-leverage situation is in the seventh or eighth. Sometimes it’s Ronald Acuña Jr., Austin Riley and Matt Olson due up in the eighth with Eddie Rosario, Marcell Ozuna and Vaughn Grissom hitting in the ninth. Which trio do you want your best reliever facing?

“If you anoint a closer, sometimes that guy ends up pitching the ninth inning and it’s really a spot someone else can take advantage of, and that guy might take a spot where it’s not the best area to pitch,” Thomson said.

It shouldn’t affect most of the Phillies’ key relievers. Dominguez, Alvarado and Soto have all spent time as setup men in addition to closing. The Phils’ first bullpen signing of the offseason, Matt Strahm, isn’t a closer.

The Phillies signed Kimbrel to a one-year deal worth $10 million, the same contract they gave…