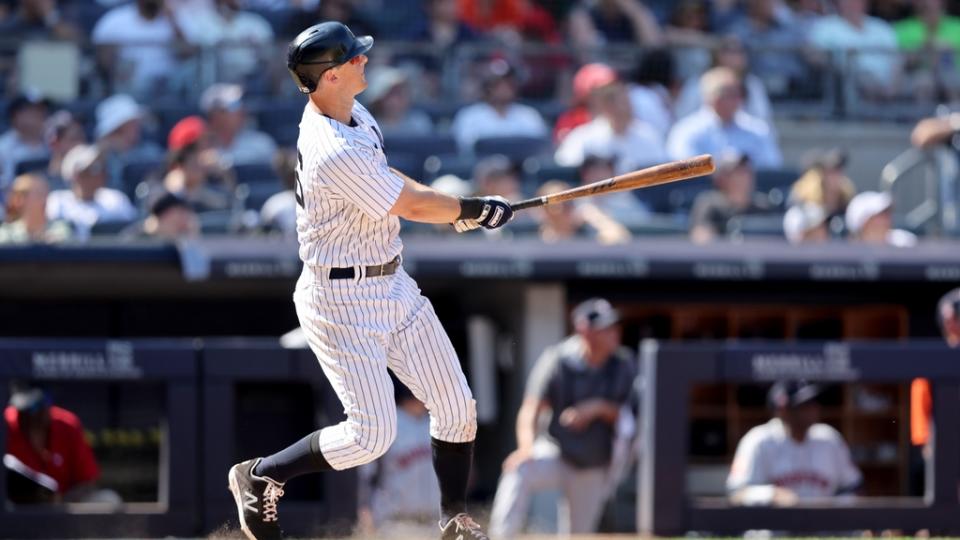 While speaking in an interview with Jack Curry on Yankees Hot Stove, Yankees manager Aaron Boone provided updates on a number of different topics including the status of both Frankie Montas and DJ LeMahieu.

Regarding Montas, Boone said the 29-year-old starter was just cleared by doctors to begin working out the other day. If all goes well, he should be able to begin his throwing program any day now.

Boone wouldn’t put a date on a potential return to the team before Montas begins throwing. It was originally said he’s expected to miss at least the first month due to his shoulder soreness.

This will obviously put Montas a bit behind in camp, but the skipper said the biggest thing for them right now is getting Montas right and well before he ramps up.

The team wants to be a bit more conservative and make sure he’s in a great spot before reinserting him in the rotation. Boone mentioned Domingo German and Clarke Schmidt as two potential candidates to take Montas’ place in the rotation.

When he does eventually return to the rotation, Boone said that they feel like they have “another front-line pitcher.”

As for LeMahieu, Boone said that the infielder is in a “really good place” right now and it’s “very probable” he’ll be able to be a full and healthy player for the Yankees come Opening Day.

LeMahieu missed time over the final month of the season and then the whole postseason due to a foot fracture. He avoided surgery this offseason and has been working out at the team facility.

Boone saw footage of Lemahieu the other day and he looked great and was “completely letting it rip” in the cages. He added: “we feel here in the middle of January DJ is in a good spot.”

Although, Boone did also say the team will keep a close eye on the injury, and they may need to be a bit conservative with the veteran from time-to-time throughout the season.

A healthy LeMahieu could provide a huge boost to the Yankees’ lineup.