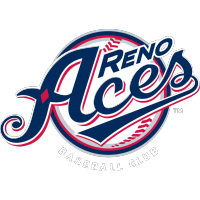 RENO, Nev. – The Reno Aces, in conjunction with the Arizona Diamondbacks, have announced the team’s coaching staff for the 2023 season. Blake Lalli returns as the Aces manager for his second stint as Reno’s skipper in the past three seasons as Reno looks to defend its Pacific Coast League Championship this season.

“We are thrilled to have Blake come back to lead the Aces. He is an elite manager and fierce competitor who will ensure another highly competitive season in 2023,” said Reno Aces General Manager & COO Chris Phillips. “Blake has embraced the Reno community over the years as an Aces player and manager, and we are lucky to have a leader that our fanbase knows so well.”

Athletic trainer Damon Reel begins his first season with the Aces, and Nathan Friedman returns as strength & conditioning coach to complete the support staff for the Aces this season.

Lalli enters his second tour as the manager of the Aces and enters his sixth year within the Diamondbacks organization. Last year he was the D-backs minor league field coordinator working with every affiliate within Arizona’s system. During his first season as manager of the Aces, the club produced a 70-54 record in 2021’s shortened season. His 12-year playing career included MLB stints with the Chicago Cubs, Milwaukee Brewers, and Atlanta Braves. He appeared in 32 games, collecting seven hits and five RBI.

Bajenaru will oversee the Aces’ arms as one of the club’s pitching coaches. Last season he was in the same role with the D-backs High-A affiliate in Hillsboro. He is entering his 13th season coaching within Arizona’s system, including back-to-back California League Coach of the Year Awards with Visalia in 2017 and 2018. During his three-year MLB career, he appeared in 14 games and won a World Series ring in 2005 with the Chicago White Sox.