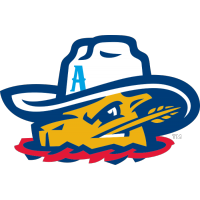 AMARILLO, Texas – The Amarillo Sod Poodles, in conjunction with the Arizona Diamondbacks, announced the full on-field staff for the 2023 season, highlighted by the return of Shawn Roof as Manager. Roof enters his third season at the helm of the club after a 68-69 record in 2022 and a third-place finish in the Texas League South Division. Joining the staff in Amarillo will be pitching coach Tom Gorzelanny, hitting coach Terrmel Sledge, coach Javier Colina, athletic trainer Chris Mudd, and strength & conditioning coach Mitchell Ho. Combined, the staff has more than 26 years of professional coaching experience and 40-plus years of playing experience at either the minor or Major-League level.

Roof, 38, enters his seventh season as a manager in the Arizona Diamondbacks organization and his eighth overall as a coach in the system. A two-time Manager of the Year, the Louisville, Ken. native has compiled a career managerial record of 302-243, going 127-130 in his previous two seasons with Amarillo. Under his leadership in 2022, Amarillo finished Top-5 among all Double-A clubs in team batting average (1st, .277), runs scored (2nd, 832), and home runs (4th, 179). The 179 home runs set a new franchise record for Amarillo. The Sod Poodles also had a stretch of 84 consecutive error-free innings during the 2022 season. After being selected in the 33rd round of the 2007 amateur draft by the Detroit Tigers, Roof played six minor league seasons in total.

“It’s an honor to be named the Sod Poodles manager for another year,” said Roof. “The past two summers have been an amazing experience for me and my family, and I am very excited to spend another summer in Amarillo. We have a tremendous staff with a wealth of experience, knowledge, energy, and passion for the game, and I can’t wait to work with them. This group will help prepare the next great D-backs of the future. Amarillo is a very welcoming community, and our players are extremely lucky to not only play in one of the best ballparks in the minor leagues but to also get to play in front of the best fans. The community will love the team that will be here this summer and I know we will work extremely hard to make the fans proud. 2023 is going to be a great year and I can’t wait to put on the Sod Poodles jersey again. Go Soddies.”

Gorzelanny, 40, begins his second season as a pitching coach in the D-backs organization and first at the Double-A…