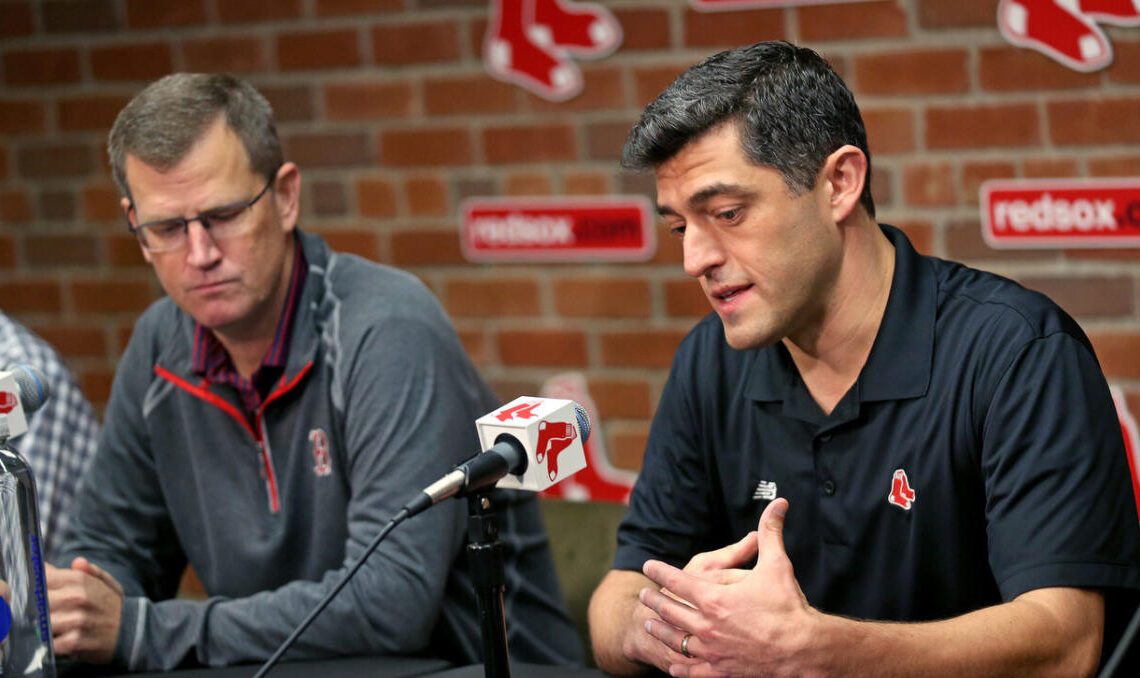 Tomase: Winter Weekend anything but pleasant for the Red Sox originally appeared on NBC Sports Boston

The name sounds so positive and wholesome with its connotations of frolicking in the snow: “Winter Weekend.” The Red Sox had hoped it would be the setting of a little light propaganda about hope springing eternal and we’ll win more than we lose and just give us a chance.

Their fans arrived at the Mass Mutual Center in Springfield with a different agenda — to turn the made-for-NESN event into the woodchipper scene from Fargo.

If owner John Henry disliked hearing boos at the NHL Winter Classic, the bloodthirsty Red Sox faithful on Friday night must’ve left him pondering how to ride out next winter anchored off one of Richard Branson’s islands.

Tomase: Red Sox missed the boat with these two prospects

Simply put, the fans are not having this offseason, not one bit. They booed Henry when he walked onto the stage. They booed chief baseball officer Chaim Bloom when he tried to explain how much better off the team is now than three years ago. They booed the response to a question about the cost of attending a game.

If the Red Sox didn’t realize the world of hurt they were in with their fans before, it’s clear now. The people have spoken. You can’t subtract superstars and sit out huge chunks of free agency and sign a bunch of veterans to one-year contracts and expect the fans that pay some of the highest ticket prices in all of professional sports to bounce on their haunches awaiting a treat.

You try to sell that flimflam to Red Sox fans, and they’ll bare their canines. On Friday night, the growls turned to howls, and the pack was hangry.

They directed most of their vitriol at Bloom, the well-meaning head of baseball operations who even owner Tom Werner recently admitted “had a tough year last year.” Since signing third baseman Rafael Devers to an extension worth more than $300 million, Bloom has embarked on a quixotic quest to declare the club back in business despite considerable evidence to the contrary.

His much-maligned “it will be awesome!” monologue at the Devers signing didn’t come off to me as insincere spin — which is how some heard it — so much as profound naivete. I believe Bloom believes what he’s selling. It’s just tough to share his vision, since a club that is effectively replacing Xander Bogaerts with Adam Duvall probably isn’t going to…