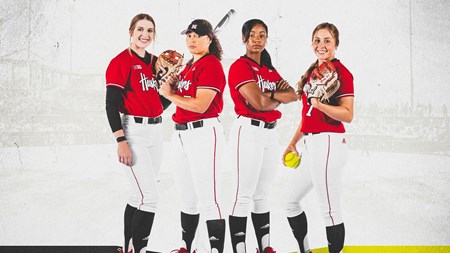 
Four Huskers were named to the preseason position rankings announced by Extra Innings. Billie Andrews leads the Huskers on both the Extra Elite 100 and Shortstop lists while Courtney Wallace, Mya Felder and Sydney Gray were named to their respective lists as well.

Andrews was named No. 46 in the Extra Elite 100 list and ranked No. 8 on the list of preseason shortstops. The junior started every game at the position during the 2022 season. Andrews earned All-Region and All-Big Ten honors after leading the Huskers in runs (54), home runs (20) and RBIs (51)  last season.

A two-time All-Region selection, Wallace earned a No. 11 ranking as a two-way player. The senior compiled a 17-5 record during the 2022 season, appearing in the circle 34 times for the Big Red. Wallace received the inaugural Rawlings/Gold Glove Award after finishing the year with a perfect fielding percentage. On offense, Wallace tallied a .284 batting average.

Gray was ranked No. 14 on the third base preseason list. The junior started every game of the 2022 season at the position. At the plate, Gray tallied a .313 batting average and a .549 slugging percentage. The Tucson, Ariz., native, notched 57 hits including eight doubles and 11 home runs.

An All-Big Ten selection, Felder earned a spot at No. 16 on the first base preseason list. The senior led the Huskers on offense last season, finishing with a .373 batting average. Felder compiled 60 hits including nine doubles and four home runs. The Fresno, Calif., native, started 50 games at first base during the 2022 season and finished with a .991 fielding percentage.

The Huskers are set to start their 2023 season at the Houston Invitational on Friday, Feb. 10.