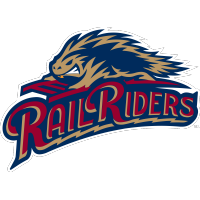 MOOSIC, PA – The New York Yankees have announced that Shelley Duncan has been named as the new manager for the Scranton/Wilkes-Barre RailRiders. Duncan re-joins the organization that drafted him and will lead the franchise that he won the International League MVP Award with in 2009.

“We are extremely excited to bring Shelley Duncan back to the organization where he began his professional journey – and specifically back to Scranton/Wilkes-Barre where he had tremendous success and was part of the 2009 International League Championship club,” said Kevin Reese, the Director of Player Development for the New York Yankees. “Shelley’s knowledge as well as his experiences growing up in the game, as a player and as a coach will serve our players well.”

Duncan, 43, was drafted by the Yankees in 2001; a second-round selection out of the University of Arizona. He reached Triple-A with Columbus in 2006 and spent portions of three seasons in an SWB Yankees uniform. Duncan appeared in 272 games for Scranton/Wilkes-Barre between 2007 and 2009. In ’09, he hit .277 with 30 home runs and 99 runs batted in over 123 games, garnering the nod for IL MVP. His Major League career spanned 330 games for the Yankees, Cleveland and Tampa Bay over seven years.

“It means the world to me to return to the New York Yankees,” Duncan said. “The way I was taught the game of baseball at the professional level is the Yankee way. The values that have been instilled in me on how to play the game were established pretty much day one after I got drafted. Everywhere I have gone since my time with New York, I have taken those values and details on what makes a winning baseball player with me. I let them shape who I was as a player or who I am as a manager. To be able to come back to the organization is extremely special. Not only do I feel nostalgic about it, but it gives me a good feeling inside to go back to a place that matches all of those values that make me who I am as a baseball person.”

“In the years since I left, the Yankees have evolved at a completely different level than any other team in baseball,” Duncan added. “In an era where we are being inundated with tons of data and information. Where technology is taking over the game with cameras all over the ballpark, being able to measure absolutely everything on the field, the Yankees are leading all of baseball in this evolution. This is something…