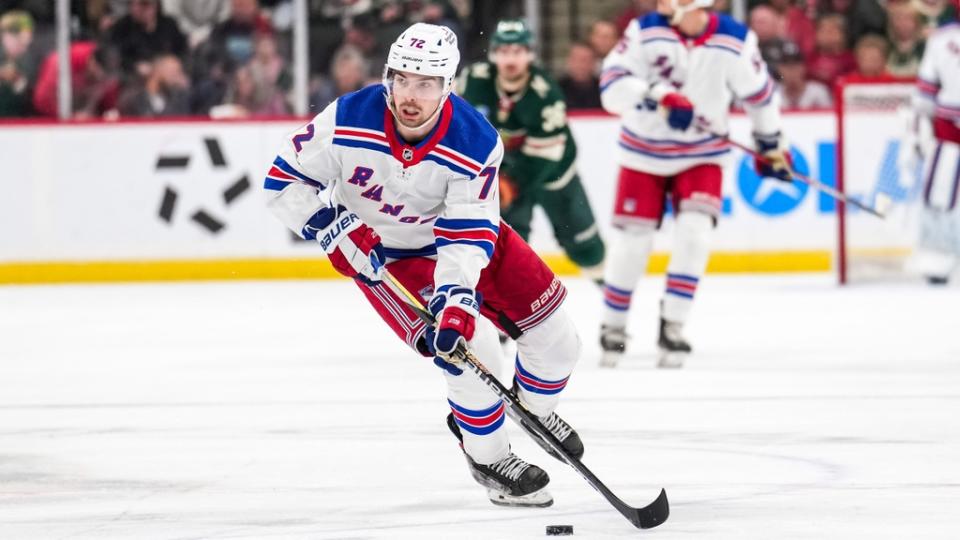 The Rangers and pending restricted free agent Filip Chytil‘s agent, J.P. Barry, have had “preliminary talks” about a contract extension, according to The Athletic’s Arthur Staple.

Although, “the talks haven’t progressed very far” because New York’s cap situation for the 2023-2024 season is unclear at the moment, Staple reported. The team has a handful of other pending free agents that are in line for new deals, including K’Andre Miller, Alexis Lafrenière, and Vitali Kravtsov.

Chytil, 23, is having a breakout year in his sixth season with the Rangers and has already set a career-high in points with 24 (12 goals, 12 assists) through just 38 games. He previously recorded 23 points in a season twice, doing so over 75 games in the 2018-2019 season and again in the 2019-2020 season over only 60 games. Chytil also currently has a career-best plus-11 plus/minus and has tied his season-high mark with three power play goals.

He is in the final year of a two-year, $4.6 million deal with a base salary of $2.6 million this season and a cap hit of $2.3 million. Staple reported that Chytil’s arbitration number for next season would be around $4 million and that if the team wants to get a long-term deal done with him, then the extension will have to be “likely a deal north of $4 million per.”

“This isn’t a wild cap hit for the Rangers to absorb — they’re still going to be in cap jail next season if they want to sign all four of those key RFAs — but Chytil may not want to lock in long term given his prospects for more ice time with the Rangers are limited,” Staple said.

The Rangers could potentially look to trade Chytil if the ongoing contract talks do not progress, Staple reported, but that would be a difficult decision to move on from the 2017 first-round pick.

Timo Meier of the San Jose Sharks has reportedly  “risen to the very top of the list” as a trade target for the Rangers, and Staple said that the Sharks would want a young center like Chytil in return. The Rangers will need to make some decisions on their future soon as the NHL’s trade deadline is coming up on March 3.