Todd Helton put up Hall of Fame numbers, but how much did Coors Field help Rockies slugger? 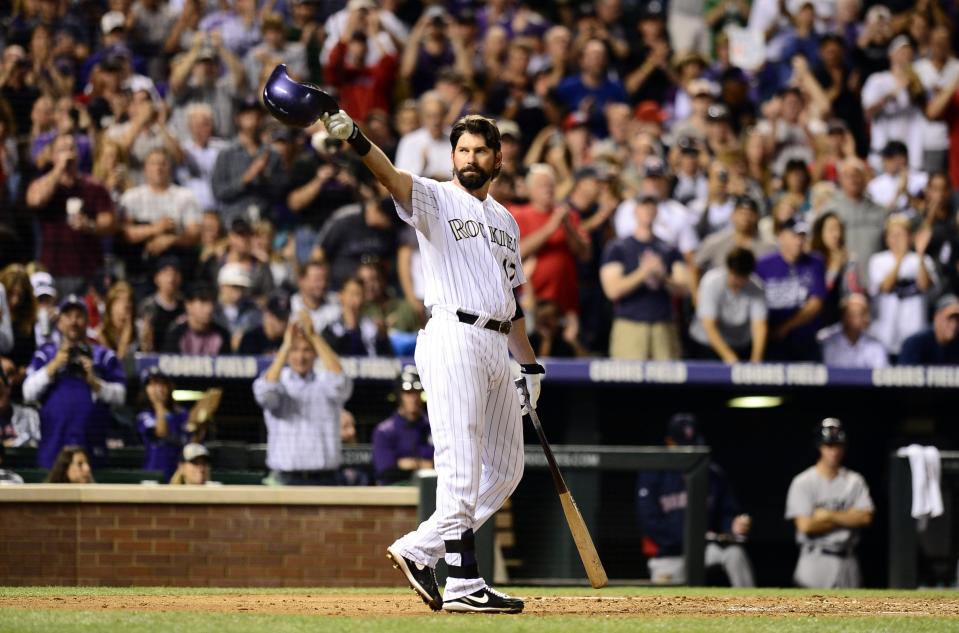 An incredibly talented all-around athlete, Todd Helton holds the title of the greatest player in Colorado Rockies history – playing all 17 of his major league seasons in Denver and racking up over 2,500 career hits.

But another part of his legacy is that he conjures up such an interesting game of “what if?”

A football and baseball star at the University of Tennessee, Helton rose up the depth chart to take over as the Volunteers’ starting quarterback his junior year. If not for a knee injury that turned the job over to a freshman named Peyton Manning, Helton might’ve positioned himself for a pro career in the NFL instead of one in MLB.

The other twist of fate came when he was selected in the first round of the 1995 draft by the Rockies. Helton reached the major leagues two years later and never left Colorado until his retirement following the 2013 season.

But would Helton have been as great a player if he hadn’t played all his home games 5,280 feet above sea level? It certainly helped bolster his numbers.

According to Baseball-Reference.com, Helton’s 1.048 home OPS is the sixth-best in history among players who appeared in more than 1,000 major league games. On the road, he put up a less-impressive, but still respectable .855 OPS.

There lies the essence of Helton’s Hall of Fame case. Was he a great player because of – or in spite of – his hitter-friendly home?

Why Helton belongs in the Hall

The lefty-swinging first baseman was outstanding both at the plate and in the field.

He has the rate stats and the career totals to support his inclusion in Cooperstown – with a career batting average above .300, on-base percentage above .400 and slugging percentage above .500. In addition, he collected over 2,500 hits, 1,400 runs and RBI, and 300 homers. Of the nine other players in MLB history to reach all seven of those marks, only Manny Ramirez isn’t already a Hall of Famer.

For a five-year period from 2000-04, Helton was one of the absolute best players in baseball. He was named to the NL All-Star team each of those seasons – winning four Silver Sluggers, three Gold Gloves…