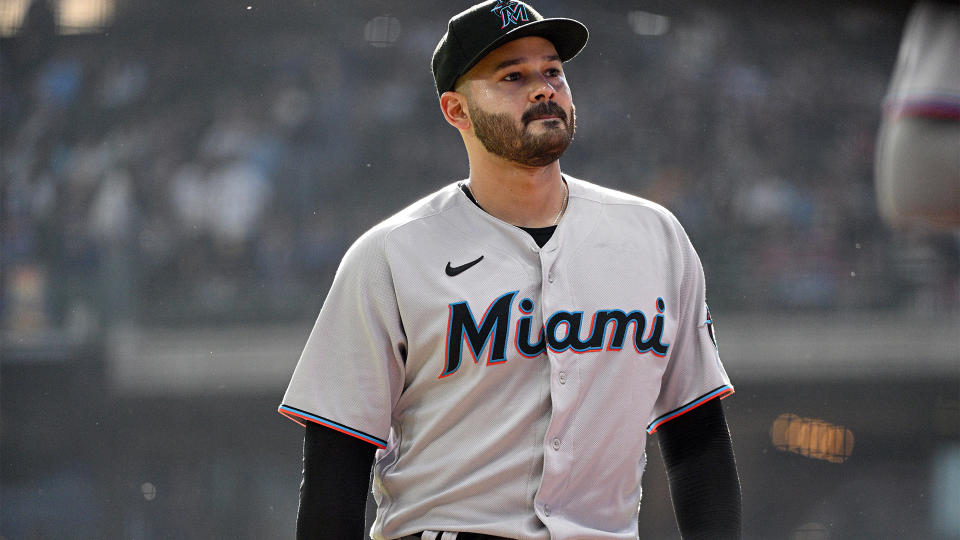 MINNEAPOLIS – Luis Arraez was taking a nap Friday after a workout when he got a call and was told the Minnesota Twins had traded him to the Miami Marlins.

“I was surprised,” he said, “but this is baseball. This is a business. I’m ready to go now. I’m a Marlin and I’m excited to be here.”

The Twins traded the reigning AL batting champion to the Marlins for a three-player package featuring starting pitcher Pablo Lopez.

Lopez should bolster an already deep Twins rotation, albeit one that’s absent a true ace. He’ll slot in with Sonny Gray, Tyler Mahle, Kenta Maeda, Joe Ryan and perhaps Bailey Ober. This has been an eventful month for the Twins, having re-signed shortstop Carlos Correa.

“I’m really excited about coming to this team, the leaders they have in the clubhouse and the players they have to support each other,” Lopez said on a video interview with reporters. “It’s a mentality that really motivates me too. I ask and expect more of myself when it comes to my performance and the ways I can help out the team.”

The 25-year-old Arraez had a breakout season for Minnesota last year, making his first All-Star team while batting a league-best .316 and denying Aaron Judge a Triple Crown. The Yankees star led the AL in home runs and RBIs and finished five points behind Arraez in batting average.

Arraez is a multi-positional player who spent most of his time at first base for the Twins last year, starting 61 games there, 34 at designated hitter and 31 at second base. He has also played extensively at third base and left field.

Marlins general manager Kim Ng said Arraez is expected to play second base for Miami, and Jazz Chisolm Jr, who has mainly played second base during his major league career with the Marlins, will move to center field.

The Twins also received two prospects from the Marlins: infielder Jose Salas and outfielder Byron Chourio. The 19-year-old Salas, who finished last season with Miami’s high Class A affiliate, was picked as the organization’s fifth-best prospect in the most recent MLB Pipeline rankings. The 17-year-old Chourio, also a native of Venezuela, played in the Dominican Summer League last season after signing with the Marlins organization in June.

Arraez will give the Marlins three years of contract control. This is his first year of salary arbitration eligibility. He was the only Twins player who didn’t settle at the deadline last week, asking for $6.1 million in 2023 while the team offered…