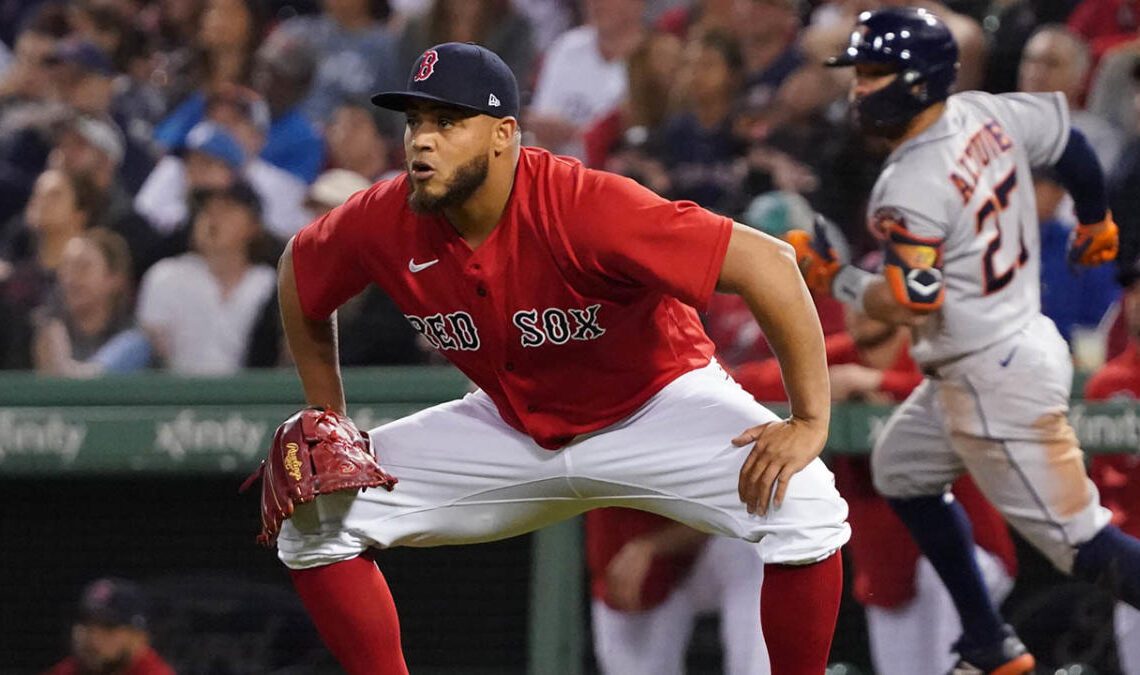 The Red Sox recently made two minor moves that may not have caused a ripple in the ocean that is baseball’s offseason, but nonetheless offered an important lesson: Hoarding prospects can lead to missed opportunities.

They designated for assignment two pitchers who once showed varying degrees of promise. First, they traded left-hander Darwinzon Hernandez to the Orioles for cash last week. On Tuesday, they shipped right-hander Connor Seabold to the Rockies for either cash or a player to be named later.

Both returns were predictably small, which is generally what happens when players are DFA’d. Based on recent history, neither held much value. Hernandez allowed 17 runs in 6.2 innings last year, spending most of the season at Triple-A Worcester. Even at his best, he never threw consistent strikes, and last year was far from his best.

Tomase: List of Red Sox on BA’s Top 100 prospects has an asterisk

Between the majors and minors, he walked nearly a batter an inning.

Seabold, meanwhile, was pummeled in five fill-in starts, allowing a staggering 35 hits in just 18.1 innings. His stuff was thoroughly mediocre, with a fastball that barely cracked 90 mph and a changeup that opponents pounded at a .429 clip. He had no answers for big-league hitters.

So good riddance, right? Maybe, except windows existed for each player to fetch more in return, if only the Red Sox had acted.

In 2019, Hernandez piled up strikeouts like Craig Kimbrel, albeit while walking the ballpark. His upper-90s fastball played in the strike zone, at least when he could find it, and he looked like a legitimate future weapon. As if to prove the point, he posted a 3.17 ERA over the next two years while striking out over 12 per nine innings.

Beneath the surface, however, trouble lurked. Even at his best, Hernandez had walked over seven batters per nine innings, a pace that simply wasn’t sustainable. Given his results and his ability to miss bats with a riding fastball, though, a market certainly existed for his services.

The Red Sox ignored the red flags and chose the path of least resistance, keeping the hard-throwing left-hander rather than trading him while he had value. Only later did they end up effectively giving him away within the division.

Seabold represents a slightly different case, since he has never experienced success in the big leagues. That doesn’t mean he lacked value,…