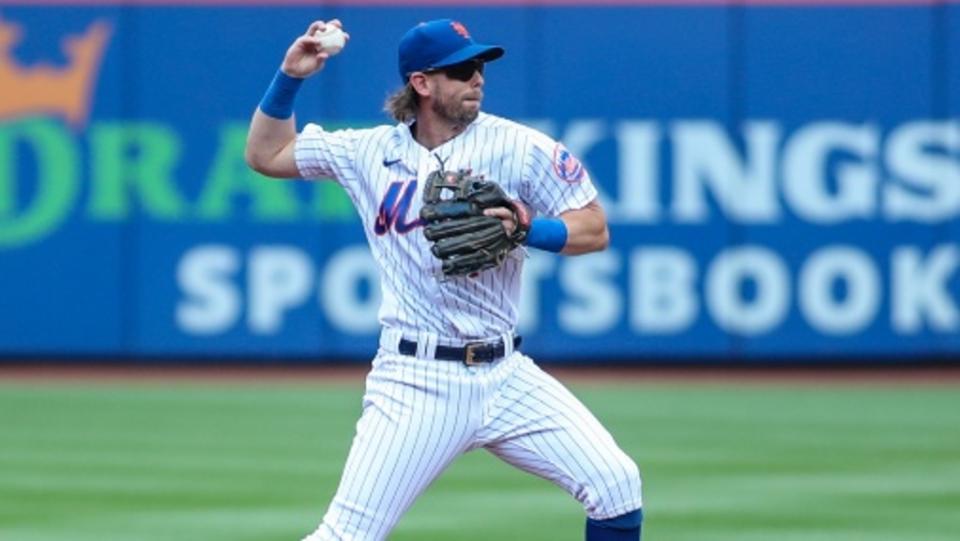 The New York Mets had an extremely busy winter this offseason. They’ve seen plenty of big name players come and go elsewhere, but have also made some solid additions to help replace them.

One of the biggest areas with turnover this offseason is the Mets’ starting rotation.

They, of course, saw Jacob deGrom depart on a five-year deal with the Texas Rangers. However, Billy Eppler and company quickly pivoted to land future Hall of Famer Justin Verlander to pair at the top of the rotation alongside Max Scherzer.

Chris Bassitt went to Toronto after one strong season in New York and Taijuan Walker ended up with the division rival Phillies. In turn, the Mets went out and added veteran Jose Quintana and Japanese ace Kodai Senga to round out the middle and backend of the rotation.

While the Mets are certainly going to miss their old teammates, second baseman Jeff McNeil said in a recent appearance on MLB Network Radio that he’s looking forward to getting to camp and working with some of the new guys.

“I know losing deGrom is going to hurt a little bit, but we’re replacing him with Verlander, who’s just as good,” he said. “I’m really looking forward to that. And losing Bassitt is going to be tough, but we’ve brought in some pretty incredible pitchers.”

Verlander is coming off an incredible 2021 season in which he took home his third-career American League Cy Young award. Both him and Scherzer appear to only be getting better.

Quintana was terrific for both the Pirates and Cardinals, posting a 2.93 ERA in 165 innings of work. Senga, with his signature “ghost-fork,” is a bit of an unknown but offers ace upside. Carlos Carrasco rebounded with a great 2021 season, winning 15 games and posting a 3.97 ERA in 29 starts.

New York also has a ton of depth at their disposal behind this talented rotation.

With this revamped pitching staff, McNeil and the Mets will be looking to rebound from a disappointing end to the 2021 season. After winning 101 games in the regular season, New York ultimately was defeated by the San Diego Padres in the Wild Card round at home.

While it was certainly wasn’t the ending McNeil and the rest of the squad was hoping for, he said…