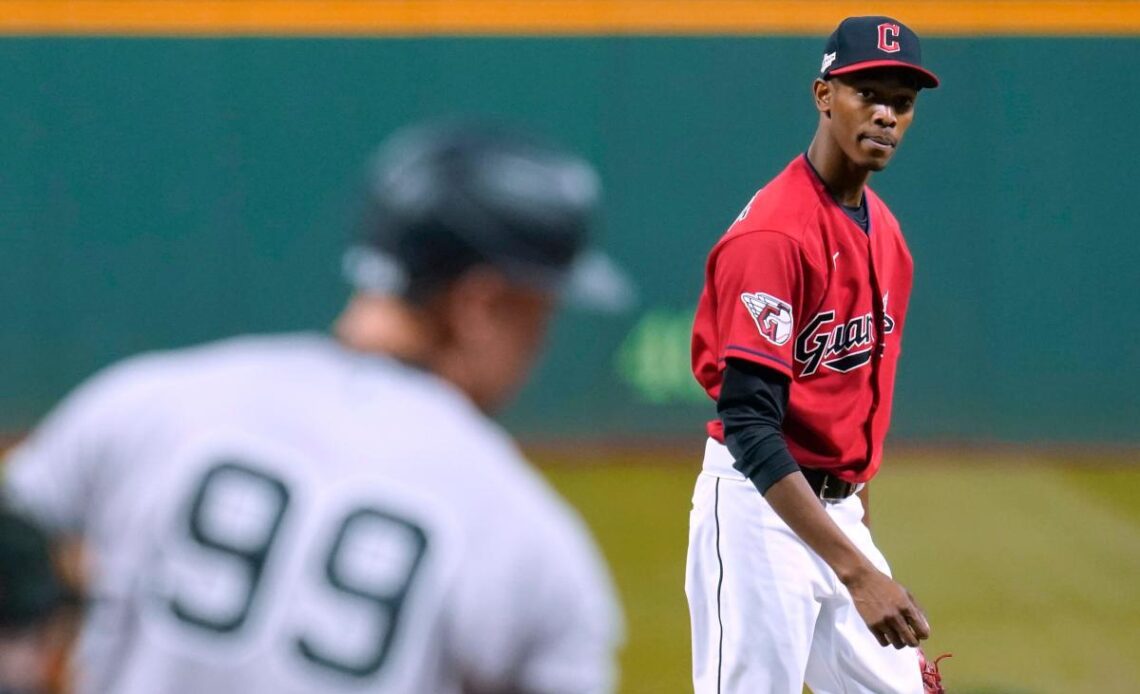 CLEVELAND — The “Who’s Your Daddy?” chants might still be reverberating around the now empty, frozen Yankee Stadium. They were certainly loud enough to leave an impression.

Even if Josh Naylor, to whom those taunts were aimed, loved every second of it. But on Saturday, speaking at the club’s Guards Fest in downtown Cleveland, he did want to clarify that the celebration that prompted such a strong reaction from Yankees fans wasn’t actually directed toward any Yankee.

During Game 4 of the last year’s American League Division Series against the Yankees, Naylor drilled a home run off Yankees ace Gerrit Cole that cut into New York’s lead and made it a one-run game. As he neared second base, Naylor did a “rock the baby” celebration while yelling. It got the attention of the Yankees, and it really got the attention of Yankees fans. The Yankees went on to win Game 4, which forced a Game 5 in New York.

And Yankees fans were ready, as boos and chants rained down on Naylor throughout Game 5, which the Yankees won to end the Guardians’ postseason run. But Naylor did clarify that none of it was directed toward the Yankees – it was solely for the Cleveland dugout.

“Maybe. I don’t know. It was a moment,” Naylor said when asked if he regretted the celebration. “I was doing that all year, but probably not as aggressive as I did there. It was more so to get the guys fired up. I think the media made it look like I was doing it at him directly. I was doing it at the bench and I really wanted to fire up my guys because we were winning that series.”

Facing Cole, one of the best pitchers in the game, and with a chance to close out the series, Naylor’s emotions took off.

“That Yankees team is crazy phenomenal, man. They got unbelievable pitching, unbelievable hitting and it’s just like a powerhouse team and if we were to beat them, I was just trying to get our guys fired up and get us that win, some way, somehow,” Naylor said. “It is what it is. I did it. I was just trying to get the guys going a little bit and energize not only the crowd but the boys, and if we pulled out that win I don’t know if the story is what it is.