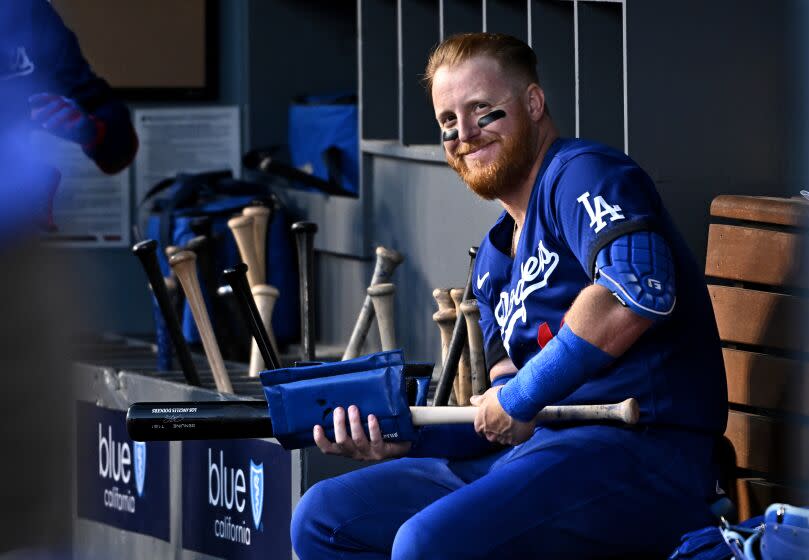 In the weeks following his signing with the Boston Red Sox last month, Justin Turner started receiving presumptuous pieces of mail to his Southland home.

“We had like six or seven letters in our mailbox from realtors saying, ‘Hey, we want to sell your house,’” Turner recalled with a laugh. “It was like, whoa, no one said we are boxing up and leaving.”

But after an awkward end to his memorable nine-year tenure with the Dodgers this winter, the Southern California native still was adjusting to the fact Los Angeles is no longer his professional home.

“You hear that from a lot of guys, how tough free agency is,” he added. “I think everyone has this picture in their mind of what they want or how they think it is gonna go. It just never really goes according to plan.”

Indeed, staying with the Dodgers had been Plan A for Turner entering the offseason.

Even though the club declined his $16-million option for 2023, the 38-year-old publicly stated his desire to work out a new deal. Having twice negotiated free-agent contracts to remain with the team, he held out hope the sides could hammer out another reunion.

That possibility faded during a two-day stretch before the holidays.

After failing to bridge the gap with Turner, who was seeking multiyear offers after batting .278 with 13 home runs and 81 RBIs last season, the Dodgers instead signed J.D. Martinez to a one-year, $10-million contract on Dec. 17 — effectively finding a cheaper option to replace Turner’s veteran right-handed bat in a predominantly designated hitting role.

The next afternoon, news broke that Turner and the Red Sox — Martinez’s old team — agreed to their two-year pact, which includes a player option for 2024.

For Turner, the following month has been full of conflicting emotions.

He’s eager for his opportunity in Boston, where he was recruited by other former Dodgers…