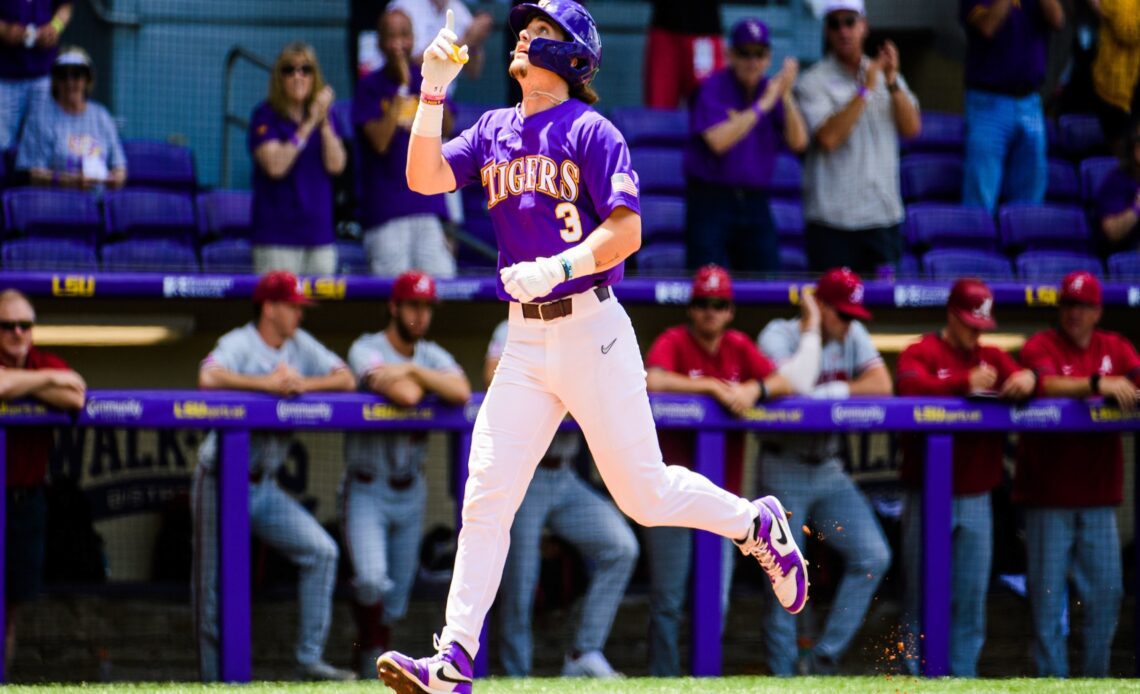 The good news: Good news abounded all offseason in Baton Rouge. While Johnson lost both recruiting coordinator Dan Fitzgerald (Kansas) and pitching coach Jason Kelly (Washington) to head coaching jobs in the offseason, he hired Wes Johnson away from the Minnesota Twins to be his pitching coach and 2018 Assistant Coach of the Year Josh Jordan as his recruiting coordinator. He also landed the top-ranked recruiting class in the country (even after losing five commits on the first day of the draft) and the top-ranked transfer class in the country. The newcomers include third baseman Tommy White (North Carolina State), the Freshman of the Year; two-time All-American righthander/slugger Paul Skenes (Air Force) and premium young pitchers like Thatcher Hurd (UCLA) and freshmen Jaden Noot and Chase Shores. All of that is on top of the fact that LSU returns center fielder Dylan Crews, the 2022 co-SEC player of the year and the early favorite to be the No. 1 pick in the draft, as well as other key contributors like first baseman Tre’ Morgan, outfielder Josh Pearson and righthanders Ty Floyd and Grant Taylor.

The bad news: LSU was undone last year in part by its pitching (4.32 team ERA) and defense (.962 fielding). While Wes Johnson arrives with plenty of bonafides to help the Tigers take a step or two forward on the mound and several new pitchers have been added to the mix, they will need to quickly find the right mix. The defense also remains something of a question mark. LSU is set to start a freshman at catcher (likely Brady Neal) and needs to shore up its infield defense, aside from first baseman Tre’ Morgan. LSU is built to be an offensive juggernaut and likely won’t need to be an elite defensive team but finding a way to be more of an average one is a must.

Player to know: Paul Skenes, RHP/DH. Skenes was one of the prizes of the transfer portal after earning All-American honors as a two-way player in each of his first two seasons at Air Force. He now is one of the most important players for the Tigers in 2023, though what role exactly he’ll play is still something of a question mark. Big and strong at a listed 6-foot-6, 235 pounds, he can run his fastball up to 99 mph and launch tape-measure shots at the plate. He’s expected to pitch at the front of the Tigers’ rotation and will factor in as a hitter, though…