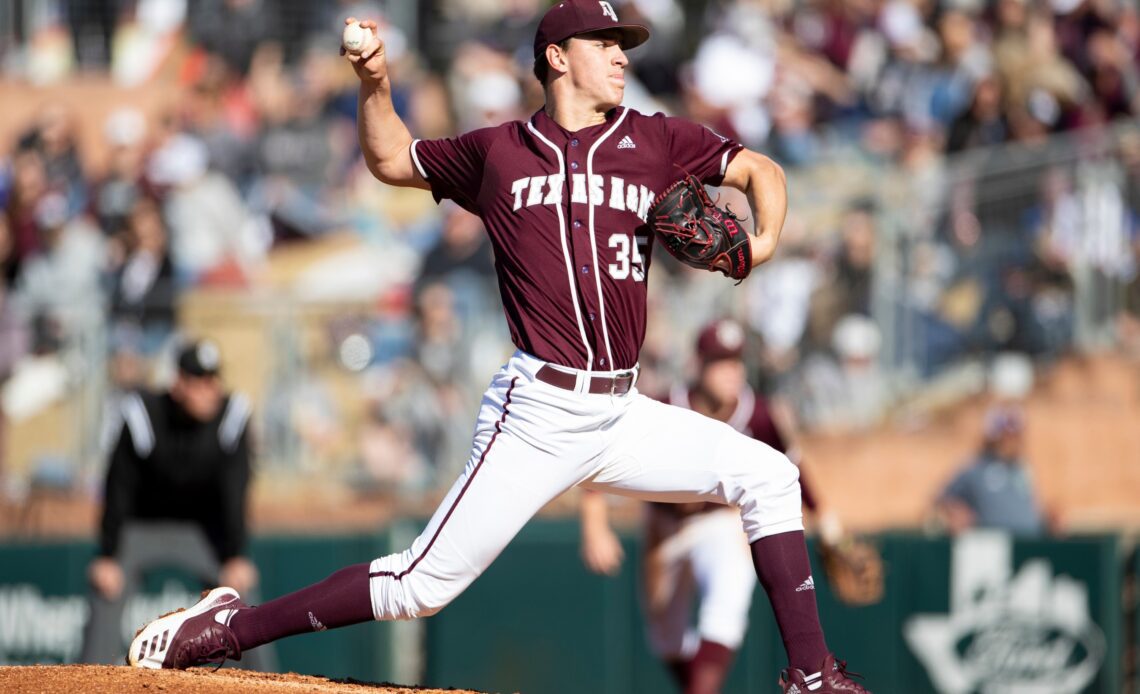 The good news: Texas A&M last year engineered a worst-to-first turnaround in the SEC West in Jim Schlossnagle’s first season in College Station. The Aggies’ run reached Omaha, where they won their first CWS games since 1993. From that team, A&M returns leading hitter Jack Moss and No. 1 starter Nathan Dettmer, giving it cornerstones to build around in the lineup and on the mound. The Aggies will again have an experienced, veteran lineup with four projected starters in their fourth or fifth season of college baseball. The lineup won’t just be old, it has a solid combination of power and speed. While the Aggies lost their top home run hitter and base stealer at once with Dylan Rock’s graduation, the lineup still has a very similar look to the one that last year ranked in the top 50 in both home runs (84) and stolen bases (82).

The bad news: For as much returning talent as A&M has, it still must replace a few of the keys to its Omaha run. While Moss was the team’s leading hitter, Rock led the Aggies in almost every other meaningful offensive stat, including OPS (1.109). Catcher Troy Claunch played a key role in managing the pitching staff and was a consistent hitter. Lefthander Jacob Palisch was an All-American stopper in the bullpen and ranked third on the team in innings, while righthander Micah Dallas was arguably the team’s most consistent starter. All must now be replaced. Newcomers will provide many of the answers, as A&M brought in several new pitchers, both through the transfer portal and traditional recruiting, and lefthander Josh Stewart (Texas) and Troy Wansing (Purdue) could quickly take on key roles. Junior college transfer JD Gregson is expected to take over catching duties. Figuring out exactly how to replace clutch performers like Rock and Palisch will likely take time, as players have to grow into those kinds of roles.

Targac last season took a big step forward as a sophomore and earned all-SEC honors after hitting .294/.430/.569 with 15 home runs and 12 stolen bases. Listed at 6-foot-1, 220 pounds, he has a big, strong build and hits for above-average power to go with solid speed and athleticism. He last season played a lot of second base, but has the versatility to move around the diamond and could see time in a variety of positions this spring. What’s sure is that…