Arte Moreno no longer selling Angels, will stay owner for ‘2023 season and beyond’ 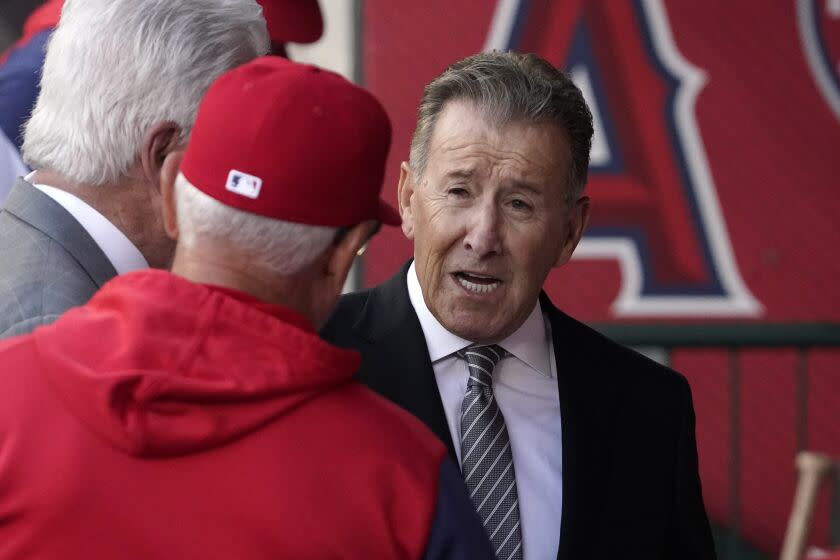 On second thought, Arte Moreno decided not to sell the Angels.

On Monday, five months after putting the team up for sale, Moreno announced he would retain ownership. Potential buyers had been reviewing team finances and visiting the stadium, and initial bids were due next month.

“During this process, it became clear that we have unfinished business and feel we can make a positive impact on the future of the team and the fan experience,” Moreno said in a statement. “This offseason we committed to a franchise record player payroll and still want to accomplish our goal of bringing a World Series Championship back to our fans.”

In August, Moreno announced he had hired an investment bank, stopping short of unconditionally committing to a sale but saying the process should start. “Now is the time,” Moreno said in a statement then.

It is not unheard of for an owner to field bids, then decide not to sell because the bids had fallen short. In this case, with the Angels projected to sell for a record price for a Major League Baseball franchise — at least $2.5 billion — Moreno decided over the last week to simply call off the sale without taking any bids.

As the Angels fortified their roster this winter, Moreno is said to have become reinvigorated about retaining ownership, and as such his decision was not about how many potential buyers had materialized or what they might have bid.

It is uncertain whether such a record MLB bid would have materialized. The Washington Nationals have not found a buyer despite being up for sale since April. The Baltimore Orioles and Miami Marlins could go up for sale soon, according to MLB sources who declined to be identified, and the Oakland Athletics and Tampa Bay Rays have yet to secure the new ballpark that each team has sought for more than a decade.

It also is uncertain whether an Angels bidder would have requested a price adjustment. The Angel Stadium lease expires in 2029, and an owner likely would have to choose among hundreds of millions of dollars in renovation costs, perhaps $1 billion for a new ballpark or trying to find a new location.

Moreno and the city of Anaheim had agreed to a deal in which he would keep the team in town through 2050, renovate or replace Angel Stadium at his cost, and build a neighborhood…