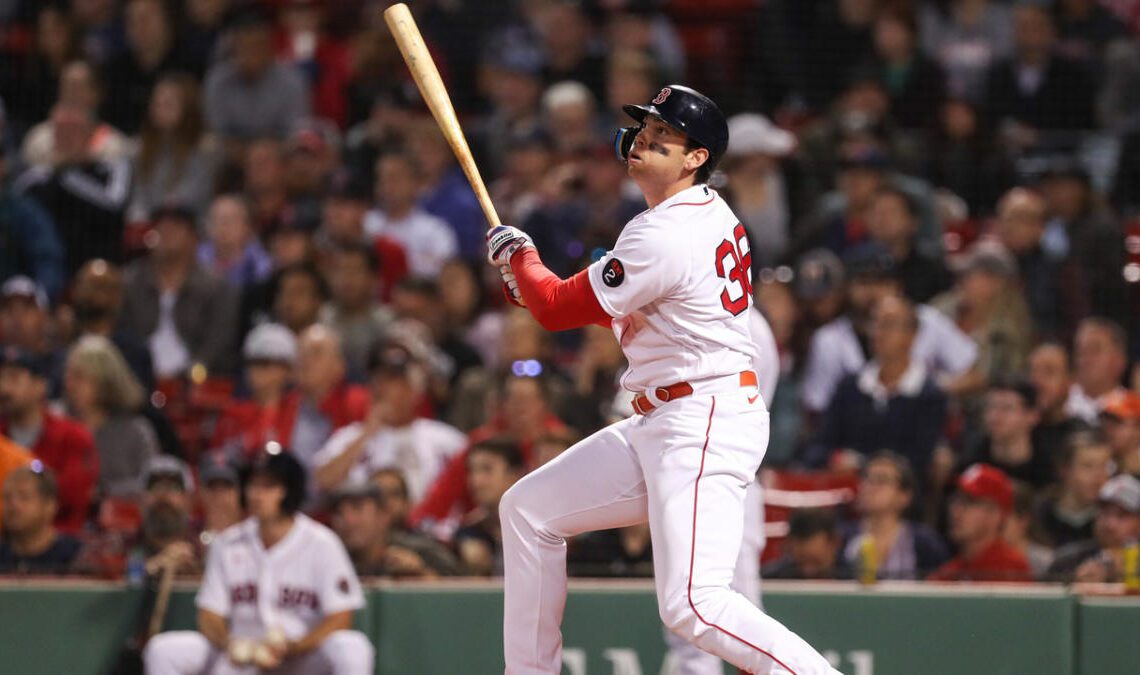 Dissecting every mid-level veteran the Red Sox have added this offseason ignores the most likely way they’ll contend in 2023, and that’s on the backs of their homegrown players. Today let’s consider the broadest shoulders amongst that group — first baseman Triston Casas.

The young slugger showed up at Winter Weekend looking noticeably trimmer and sporting a thin Inspector Clouseau mustache. He said he has dropped 15 to 20 pounds to ease the wear on his body in order to reach his goal of playing 150 games.

As we wonder how the Red Sox will replace the production that went out the door with shortstop Xander Bogaerts, DH J.D. Martinez, and catcher Christian Vazquez, Casas is probably a better place to start than veteran Justin Turner or even $90 million newcomer Masataka Yoshida.

Tomase: Winter Weekend anything but pleasant for the Red Sox

In 27 games last year, he showed hints of the skills that could make him a lineup linchpin. Though he batted just .197, he slammed five homers and walked nearly as many times (19) as he struck out (23). More than half the balls he put in play went to center field, suggesting a solid up-the-middle approach, and he showed a willingness to work counts that should serve him well.

With friend and mentor Eric Hosmer recently designated for assignment, the first base job now belongs to Casas, and he has no intentions of giving it back.

“That vote of confidence is huge,” he said. “I mean, they’ve been instilling it in me from the day that I got drafted. They had the intention for me to be an everyday first baseman forever now. It was never to be a platoon player. It was never to be a role player. It was to be in the middle of the lineup and contribute every single day. And that’s the mindset that I’ve taken since I stepped on the field with them. So going into this year, I’m going to take that mentality until they take it away from me. And hopefully that day doesn’t come.”

His first order of offseason business was dropping weight. He’s listed at 252 pounds, but played at well beyond that last year, which led to ankle problems that sidelined him for 10 weeks over the summer, and then knee problems that ended his winter ball experience in the Dominican after just four games.

“I entered the season a little heavy last year,” he said. “I didn’t really like where I was at weight-wise. I felt like if I dropped 15-20 pounds…