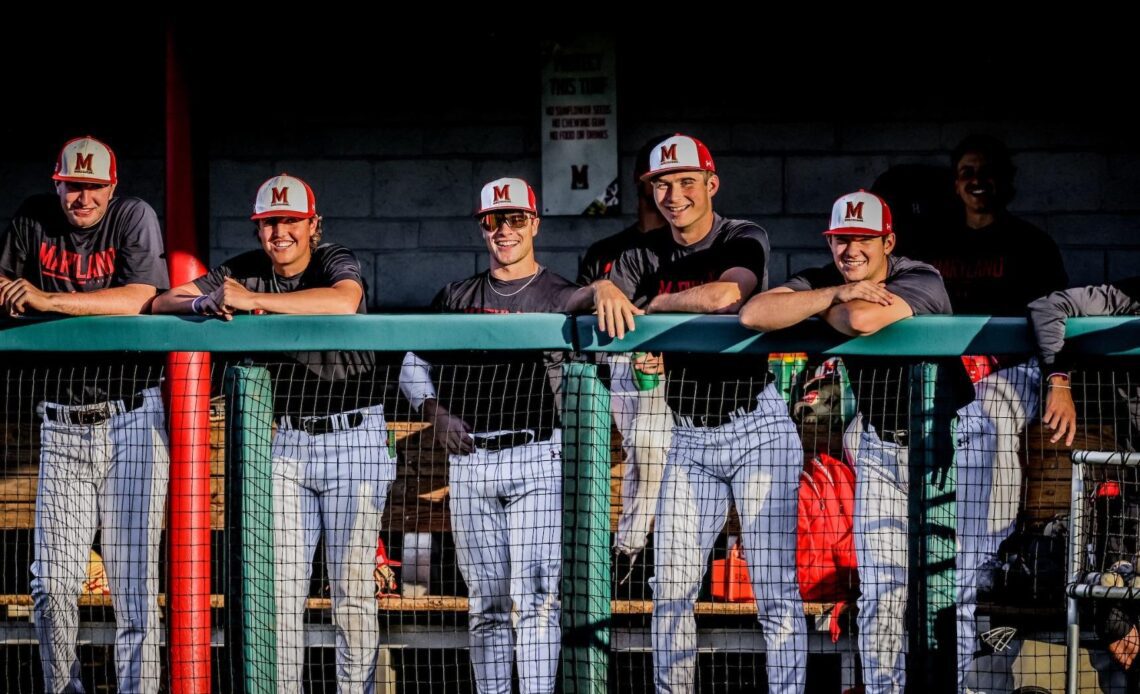 
COLLEGE PARK, MD — Maryland baseball has been ranked No. 16 in the 2023 Baseball America Preseason Top 25, the organization announced Monday. This marks the program’s second selection in the top-20 and the fourth in the top-25 so far this preseason. The Terps were previously ranked by D1Baseball (No.13), Collegiate Baseball News (No.21) and Perfect Game (No.22).

Maryland, which finished the season ranked No. 9 in RPI, is coming off its best regular season in school history, winning a program-record 48 games along with their first-ever Big Ten Regular-Season Championship. It was the program’s first conference title of any kind in 51 years. The Terps will play a total of 27 games at Bob “Turtle” Smith Stadium in 2023, the site of last season’s College Park Regional.

Maryland baseball will begin its season at University of South Florida on Friday, Feb. 17, before hosting their home opener against West Virginia on Tuesday, Feb. 21st.