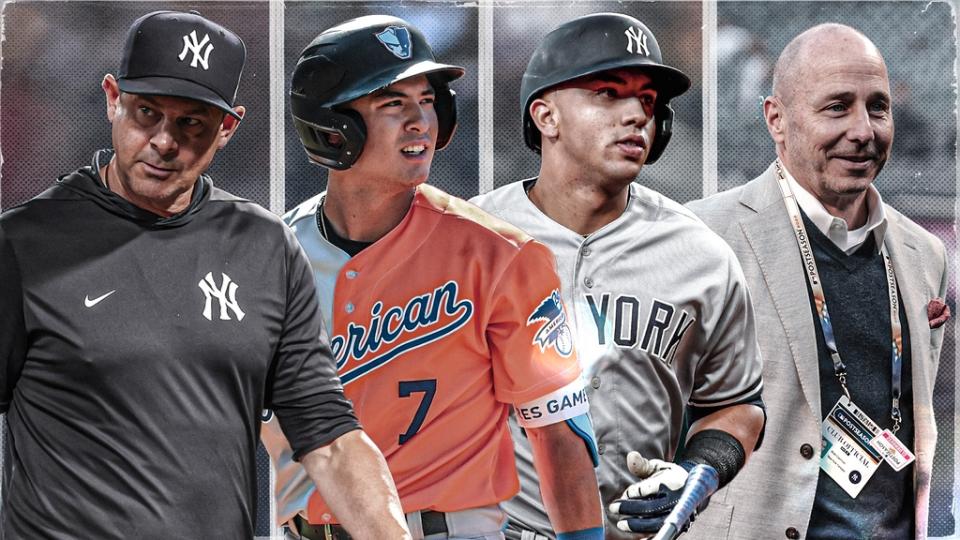 With pitchers and catchers about to begin, it feels as good a time as any to look ahead to what the Yankees‘ 2023 roster could look like.

Of course, there is still time for GM Brian Cashman and the Yankees front office to make some incremental additions before the team reports to spring training, but there won’t likely be any massive move that would affect the overall roster.

While fans will see some new faces this year, many of the Yankees’ moves this offseason were about bringing back their foundational pieces. Although some injuries to long-time Yankees will give opportunities to others.

The Yankees have decisions to make, mostly in their crowded infield and their not-so-crowded outfield. And while there’s a chance a deal could be made to rectify one or both, we’ll likely see the Bombers find solutions from within.

The starting position players I believe will be very similar to what we saw in the playoffs with a couple of changes. Isiah Kiner-Falefa has likely lost his starting role at SS this season. His defense, which he was acquired for, hasn’t translated while wearing pinstripes and his offense hasn’t made up for it.

So, with a bevy of infielders the Yankees will have to make a decision. They have three choices in their organization. Cabrera, Peraza and Anthony Volpe. All three will have a chance to win the job in spring training, but I feel Volpe will start the season in the minors, if for any reason to manipulate his time.

That leaves Peraza or Cabrera. Peraza has had time playing shortstop in the majors already and it’ll benefit the Yankees to see what the kid has in a full-time role especially to increase his trade value — if they decide to go that route.

The other hole is in left field. Without a legit starter, the Yankees will have to lean on the likes of Hicks and Cabrera. With Hicks coming off a knee injury in last year’s postseason, the Yankees could give Cabrera a shot, just like they’ll do with Peraza. If…