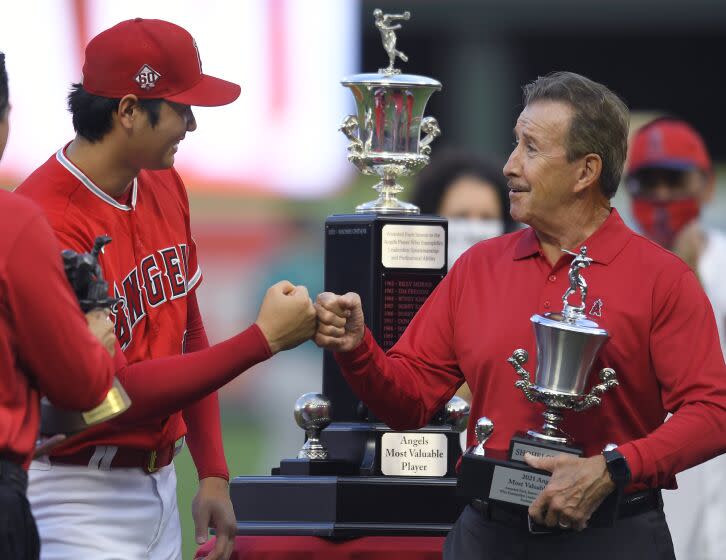 The grumpy neighbor who owns the dilapidated house on the corner has waded through the overgrown weeds in his front yard and removed the “For Sale” sign.

Five months after he started exploring a sale of the Angels, Moreno said he would remain the owner of the Anaheim franchise, his decision announced Monday in a news release.

So much for the visions of a deep-pocketed buyer transforming the Angels the way Guggenheim Baseball Management did the Dodgers.

So much for the anticipation of a new owner investing in the Angels the way Steve Cohen has in the New York Mets.

So much for the miracle that was necessary for the Angels to retain Shohei Ohtani beyond the upcoming season.

“We are not ready to part ways with the fans, players, and our employees,” Moreno said in a statement, coming across as willfully oblivious to how, at the very least, the fans don’t feel the same about him.

Moreno won’t be welcomed back with open arms, not with the Angels failing to reach the postseason for an eighth consecutive year and their image tarnished by a series of scandals.

Winning back the fans will require more than lowering beer prices.

If he wants to be accepted as the owner of one of this market’s crown-jewel franchises, this is what he has to do:

Moreno last spoke publicly more than two years ago, on a video conference to introduce Perry Minasian as the team’s general manager. Fewer than 2.5 million fans visited Angel Stadium last year, the first time in 20 years annual attendance was less than 3 million in a season unaffected by the pandemic. Who can blame the public for its skepticism, especially when Moreno won’t talk about what’s gone wrong on the field or what’s being done to remedy the problems?

Moreno also would be smart to address the aborted sale of the team. In the news release, he mentioned “unfinished business,” but does anyone think his goal is to win a World Series rather than sell the team in the future for a price he has in mind?

In the same release, Moreno…