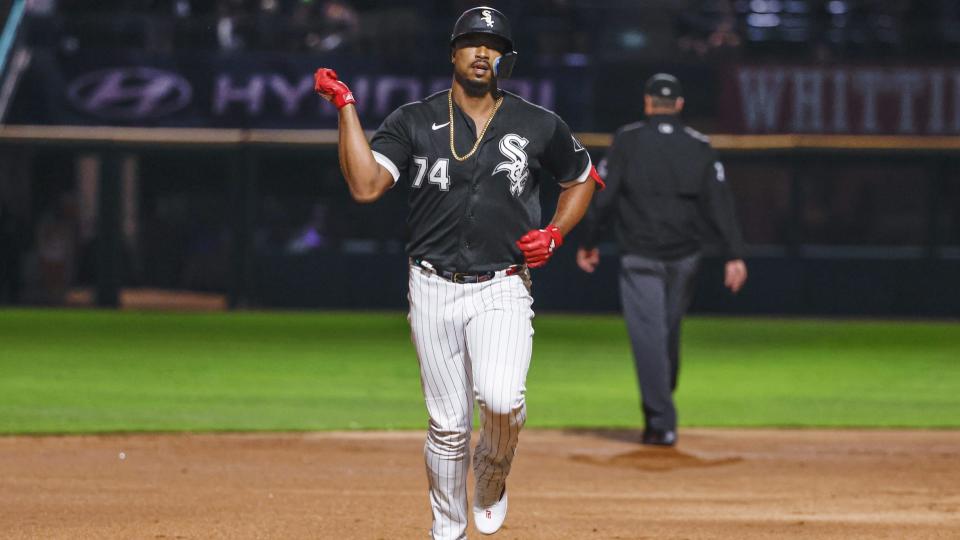 CHICAGO — It looks as if Chicago White Sox slugger Eloy Jimenez could spend a lot of time at designated hitter this year.

Jimenez himself has other plans.

The 26-year-old Jimenez said he is preparing to play more games in the outfield, especially in right after Chicago signed Andrew Benintendi to a five-year, $75 million contract. The White Sox also have Luis Robert in center, to go along with Gavin Sheets and prized prospect Oscar Colas in the mix in right.

Jimenez was sidelined for a couple months last season after he had surgery in April to repair a torn hamstring tendon behind his right knee. He returned in July and finished with a career-high 50 starts at DH – not exactly his favorite opening in the lineup.

Asked if he would embrace the DH role this year, Jimenez responded: “I don’t know.”

“Last year, when I was DH’ing more than (playing) the outfield, it was because I got surgery. And I understand that,” he said. “But this year, I’ve been working really hard to play the outfield more than DH. So I don’t really think that I’m going to accept it, because if I’m working hard, I’m going to get better, and I want to play in the outfield.”

Jimenez has been a bit of an adventure in the outfield since he made his major league debut with Chicago in 2019. He missed the start of the 2021 season after he ruptured his left pectoral tendon trying to make a defensive play during an exhibition game.

But he remains a force at the plate, and there is no questioning his importance to the White Sox.

Chicago went 81-81 in 2022 and missed the playoffs after reaching the postseason in the previous two years.

“We just need to be healthy, that’s the key right now,” Jimenez said. “If we’re healthy, we can do whatever because we are good on paper. But if we don’t play together as a team because of the injuries, we’re not going to do it, you know? We’re not going to make it.”

Jimenez said he has had “good communication” with Pedro Grifol since he took over as White Sox manager in November. Asked about his offseason conditioning, Jimenez playfully brushed off the question.

“I’m going to give you a surprise. I’m not going to answer right now,” said…