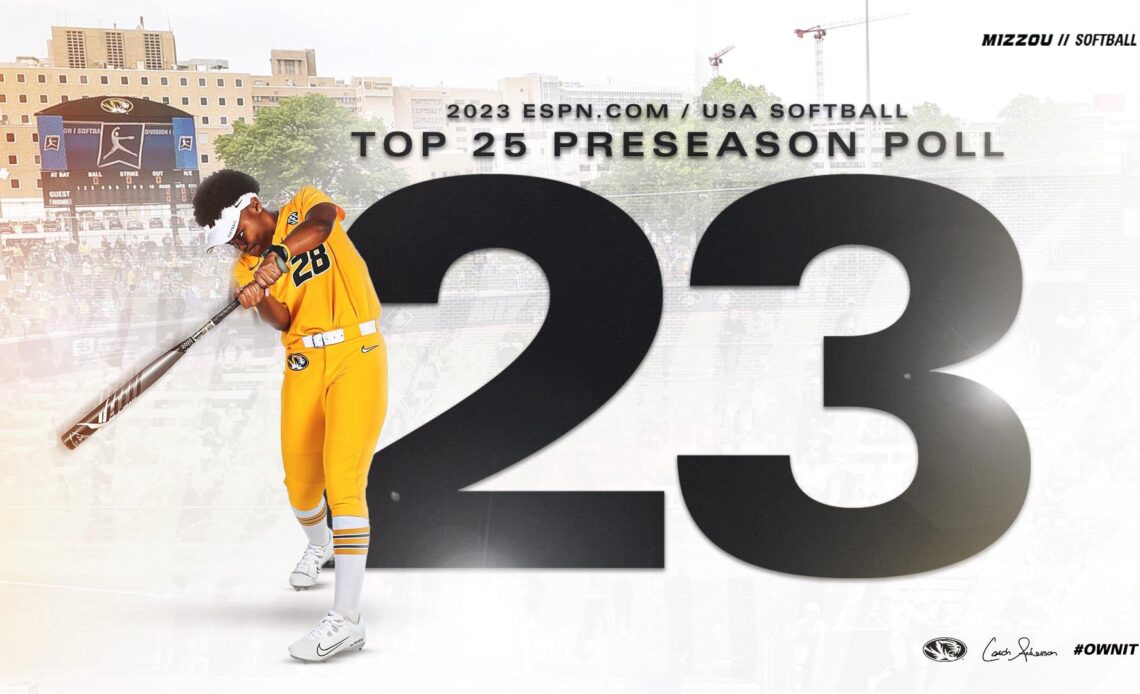 The Tigers received 88 points in the preseason poll after finishing the 2022 season at No. 22 in the final USA Softball Poll.

Mizzou enters the 2023 season after they hosted an NCAA Regional for the second-consecutive year and made the Southeastern Conference Tournament Championship game for the second time in program history. In 2023, the Tigers look to stretch their run of 15-straight NCAA Tournament appearances.

The Tigers totaled 86 home runs in 2022 which ranks second all-time in program history behind 91 homers, set in 2021. In the field, Missouri recorded a .976 fielding percentage which ranks tied for second behind 2021’s .979 clip.

Mizzou returns its entire pitching staff from a year ago, who posted a 2.81 ERA including a 1.00 ERA in the postseason. Jordan Weber, a 2022 NFCA Second Team All-Region honoree, and Laurin Krings combined to shut out No. 17/20 Auburn, No. 5/7 Alabama, and No. 13/10 Tennessee en route to the SEC Championship title game.

The reigning back-to-back National Champions, Oklahoma, received all 25 votes and 625 points to secure the No. 1 spot in the 2023 Preseason ESPN.com/USA Softball Collegiate Top 25 Poll. UCLA was voted second with 596 points, while Oklahoma State was third at 559 points. Florida State (497) and Florida (481) round out the top five