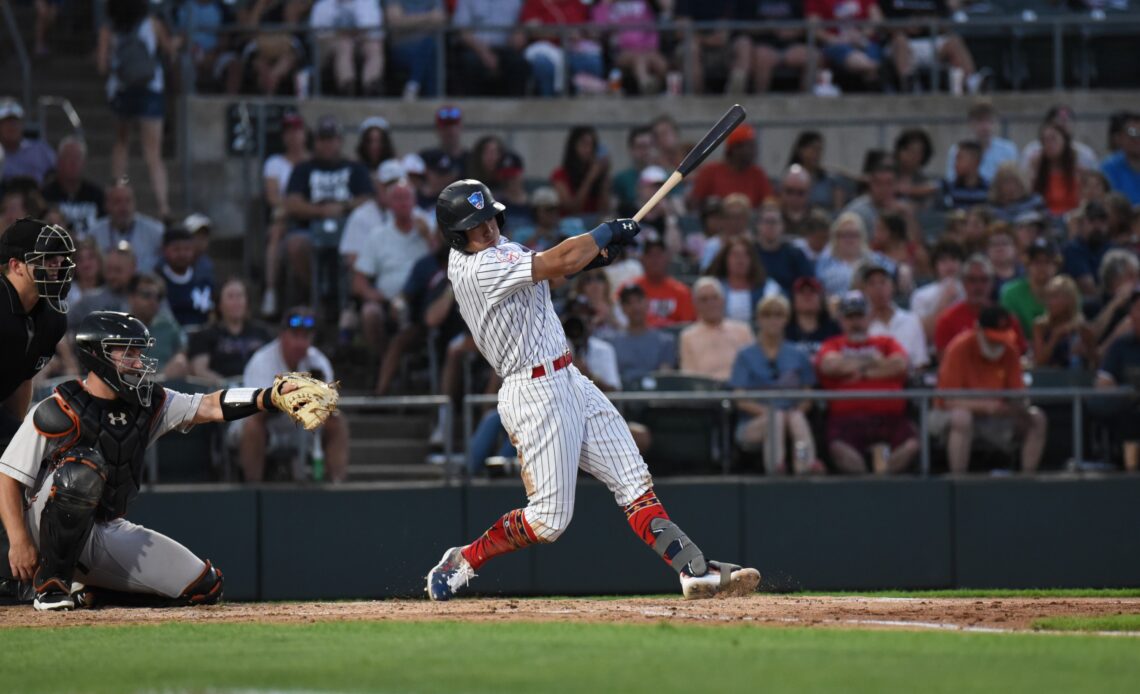 Last week, Baseball America released its initial Top 100 Prospects list. The results are what we believe are the 100 prospects who are most likely to have high-impact big league careers.

They are all incredibly talented, but none are without their own warts. Even the guys at the very top have holes in their games, though they might not get exposed until they reach the big leagues for an extended period.

Players further down the list have more apparent flaws. Several catchers on the list, for example, might have to move off the position. Ditto for shortstops. There are pitchers with one or two knockout offerings but their third pitch lags behind.

For a little bit of fun, we’ve decided to try to create a few “perfect” prospects by meshing together two players whose skills and weaknesses form logical complements.

Here’s what we came up with:

Jonathan Aranda, 2B, Rays (96) + Carson Williams, SS, Rays (52)
Aranda has earned a rep as one of the purest hitters in the minor leagues and is tabbed by scouts as having a potentially plus hit tool. What he doesn’t have, however, is a defensive home. He got time at first base, second base and third base as well as left field and DH. He didn’t stand out at any spot and is likely to move around quite a bit in the big leagues if his bat lives up to its expectations.

Williams, on the other hand, drew raves for his defense at shortstop. He grades as a potentially plus fielder with a double-plus throwing arm. That combination makes him a slam-dunk to stick at the position. At the plate, Williams showed plenty of power, but it came with a good deal of swing-and-miss. His 168 strikeouts were the second-most in the Carolina League.

If you could give Aranda some of Williams’ defensive stability in exchange for a lower strikeout total, the resulting prospect would be a much more complete player.

Pepiot reached the big leagues in 2022 and has long been known to have one of the better changeups in the minor leagues, with some evaluators going as far as to grade it as a potential double-plus weapon in previous years. Pepiot’s warts were twofold—a lack of a quality breaking ball and command and control that could stand to be improved.

The former improved somewhat in 2022, although it came at the expense of a little bit of quality on his changeup. The latter was exposed badly in his major league stint and resulted in a demotion to Triple-A.